Home » An IPO For Everyone: Has Robinhood’s IPO Set a New Standard For Investing Inclusivity?

“Robinhood’s mission is to democratise finance for all,” summarises the investing platform’s website. The app has regularly sought to offer more opportunities to retail investors than has originally been possible, and in IPO Access, Robinhood may have found its latest tool for inclusivity.

In the launch of IPO Access, a function that Robinhood believes can free investors of restrictions surrounding participation in initial public offerings. “IPO shares can be very limited, but all Robinhood customers get an equal shot at shares regardless of order size or account value,” the company explained.

Significantly, the order size and account value of buyers is significant to mention. Currently, there is a range of IPO access platforms available via online brokerages, but these often require financial thresholds to be met – in which some investors are required to have up to $500,000 in household assets available.

Large institutional investors and hedge funds typically command the lion’s share of allocations when it comes to IPOs. This is because investment banks controlling share allocations tend to favour larger scale investment organisations that are capable of purchasing significant volumes of shares in a single transaction.

This leaves most retail investors in the lurch, with no option other than to buy into the stock of a newly listed company after its shares have already started trading. This can generally lead to smaller investors losing out on first-day trading ‘pops’ where flotations can appreciate in value significantly as it goes public. In fact, Dealogic data suggests that the average first-day pop of US listings in 2020 was around 36%.

Another significant factor surrounding the timeliness of Robinhood’s IPO Access stems from the company’s conscious efforts to win over casual retail investors.

As the table above shows, the average investor on Robinhood holds $3,500 in their accounts, as opposed to the typical E-Trade, TD Ameritrade and Charles Schwab investor who holds at least $100,000 in portfolio size.

Although this may be seen as a disadvantage for Robinhood, the rate of adoption following a 2020 where huge numbers of new investors flocked to online trading platforms has been largely gobbled up by the app, with the platform experiencing a significant boost in downloads over the past year.

As download data shows, Robinhood consistently outpaced all of its rivals to be the most downloaded app of the past two years. Interestingly, downloads surged during the initial arrival of the Covid-19 pandemic in the US and then again after the app’s well documented involvement in the GameStop short squeeze controversy.

Although Robinhood came out of the GameStop frenzy with a less-than-perfect reputation, the app’s accessibility and newsworthiness ensured that over three million users downloaded the app at the end of January 2021.

The timing of Robinhood’s rise in popularity has also been immaculate. According to Maxim Manturov, head of investment research at Freedom Finance Europe, the Covid-19 pandemic has driven more individuals towards investing.

“What we have analyzed above actually looks like the consequence of the pandemic and the stimulation packages that followed,” Manturov said. “This created a pool of funds retail investors could start investing into stocks. As per Fidelity report, there were 26M retail accounts in 2020, i.e. up 17% compared to 2019, while the daily trading volume doubled.”

These growing numbers of investors who are flocking towards apps like Robinhood have the potential to drive significant change in stock markets around the world. Although many casual investors may not have significant portfolios, their sheer volume can help to alter the sentiment around stocks that institutions disregard – as we’ve seen in the cases of GameStop and AMC.

Tapping into a Thriving IPO Market

It’s also an excellent time for investors to gain access to IPOs. Throughout the past 12 months, IPOs have been thriving, with unprecedented numbers of businesses going public through various listings and SPACs.

As the chart above shows, global IPO proceeds are on course to outperform previous years by some margin if trends continue.

Recent Dealogic data found that in the first four months of 2021, over 875 IPOs raising at least $1 million had been carried out. Significantly, this figure outpaces that of the dotcom boom in 2000, where 592 flotations achieved the same results.

This huge influx of IPO movement has been accelerated by the rise of special purpose acquisition companies (SPACs), which operate as shell companies with the sole intention of bringing private firms to market.

Already, notable firms that have been reported to be using SPACs as a listing method include Singapore food delivery and taxi service Grab, and office rentals firm WeWork – both of which are recognised as unicorn companies.

IPO mania so far in 2021 has paved the way for initial public offering proceeds to rise to over $230 billion – a significantly higher figure than the old record of $80 billion raised in 2000. Astoundingly, the figure also surpasses the annual totals set in 21 of the past 26 years.

The IPO boom has been largely felt in US and Asian markets, but European listings have also undergone a huge boost in terms of listings over the past few months.
Although Robinhood may not have been in the spotlight for all the right reasons over the course of 2021, the platform’s push to democratise finance for all appears to be a genuine effort to bring more accessibility to retail investors. IPO Access may just be the start of a retail revolution in the world of finance. 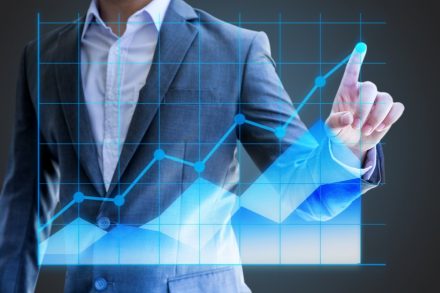