The company intends to use the funds for sales and marketing initiatives, and additional research and development.

Founded by cybersecurity veteran Ricardo Villadiego who previously founded Easy Solutions which was acquired by BC Partners and Medina Capital in 2016, Lumu is a cloud-based solution that collects and standardizes metadata from across the network, including DNS queries, Network Flows, access logs from perimeter proxies and/or firewalls, and spam box filters, and then applies Artificial Intelligence to correlate threat intelligence from these disparate data sources to isolate confirmed points of compromise.

Since officially launching at the RSA Conference in February 2020, more than 1,300 customers across a range of industries and geographies have signed up for Lumu’s offering and adopted its model of Continuous Compromise Assessment. During this time, the platform has analyzed more than 55 billion metadata records and detected more than 11 million adversarial contacts.

relayr Raises $11M in Series A Financing Round

By FinSMEs Published on November 5, 2015 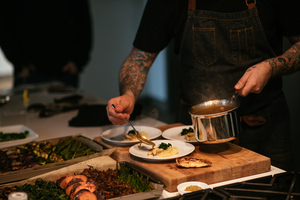