Matterport, Inc., a Sunnyvale, California –based spatial data company, and Gores Holdings VI (NASDAQ: GHVI, GHVIU, and GHVIW), a special purpose acquisition company sponsored by an affiliate of The Gores Group, LLC, entered into a definitive agreement providing for a business combination that will result in Matterport becoming a publicly listed company.

Founded in 2011 and led by RJ Pittman, Chief Executive Officer, Matterport is a spatial data company for the built world providing a platform that turns any physical space into an immersive 3D digital twin. The company has created a large spatial data library, with more than 10 billion square feet of space and growing. Millions of buildings in more than 150 countries have been digitized, from homes, office spaces, museums and schools to factories, hospitals, and retail stores. Matterport monetizes its data primarily under a recurring revenue Software as a Service model and grew its subscriber base by more than 500% in 2020.

Concurrently with the consummation of the business combination, additional investors will purchase shares of common stock of Gores Holdings VI in a private placement. After giving effect to any redemptions by the public stockholders of Gores Holding VI, the balance of the approximately $345 million in cash held in Gores Holdings VI’s trust account, together with the approximately $295 million in PIPE proceeds, net of transaction expenses, will be used to support continued growth of the combined company’s business across key verticals. The PIPE investment is led by institutional investors including Tiger Global Management, LLC, Senator Investment Group, Dragoneer Investment Group, Fidelity Management & Research Company LLC, funds and accounts managed by BlackRock, Miller Value Partners, Darlington Partners, Untitled Investments, and Lux Capital. Following the closing of the business combination, the Company’s management team, led by Chief Executive Officer RJ Pittman, will continue to operate and manage Matterport.

Gores Holdings VI is a publicly listed, $345 million special purpose acquisition company and is the seventh vehicle sponsored by an affiliate of The Gores Group, a global investment firm founded in 1987 by Alec Gores. Gores strategy is to identify and complete business combinations with differentiated, market leading companies with strong equity stories that will benefit from the growth capital of the public equity markets and be enhanced by the experience and expertise of Gores long history and track record of investing in and operating businesses for over 35 years. To date, Alec Gores and affiliates of The Gores Group have completed five business combinations representing over $25 billion in transaction value. 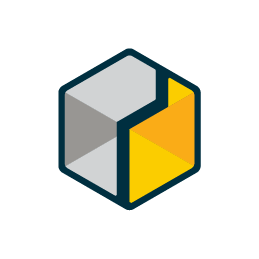