They include Julia Kuo Chen, Adam Gassin, Matt Neidlinger and Michael Radonich have been promoted to Principal; Jamie Mitchell, Kevan Olander and Sam Todd to Vice President; and Angus Wilson to Senior Associate.

Julia Kuo Chen joined Spectrum in 2011 and focuses on Limited Partner relations, marketing and communications. She began at Spectrum as an investment Associate. Prior to joining Spectrum, Julia worked in the private equity group at Goldman Sachs. Kuo Chen received a BBA and BA, with honors, from The University of Texas at Austin.

Gassin joined Spectrum in 2017 and focuses on investments in Internet-enabled software and information services. He serves on the board of B-Stock, DispatchTrack, Linxup and PicMonkey. Prior to joining Spectrum, Gassin worked at McKinsey & Company. He received an MBA from Harvard Business School, where he graduated as a George F. Baker Scholar and a BS and BA from Brigham Young University.

Neidlinger joined the firm in 2016 and focuses on investments in Internet-enabled software and healthcare IT. He serves on the board of AllTrails and is involved with Lucid, Scribd and Visual Lease. Prior to joining Spectrum, Neidlinger worked at Collective Health, Google (following its acquisition of Wildfire), and Summit Partners. He received a BA from Bowdoin College.

Radonich joined the firm in 2009 as an Associate and rejoined in 2016 after graduating from business school. His areas of investment focus include Internet-enabled healthcare IT, financial technology and information services. He serves on the board of Datassential, Payer Compass, PWNHealth and Spreedly. Prior to joining Spectrum, he worked in investment banking at Financial Technology Partners. Radonich received an MBA from The Wharton School at the University of Pennsylvania and a BS from Villanova University.

Olander joined the firm in 2020. His portfolio involvement includes the successful sale of ExamSoft. Prior to joining Spectrum, he worked at JMI Equity. Kevan received a BS from Boston College.

Todd joined Spectrum in 2016. He serves on the board of Expert Institute and is involved with AllTrails, Digital Marketing Institute and PWNHealth. Prior to joining Spectrum, Sam worked at North Point Advisors. He received a BA from Dartmouth College.

Wilson joined the firm in 2017. His portfolio involvement includes CINC Systems, Origami Risk, Payer Compass and Verafin. Prior to joining Spectrum, Angus worked in financial and strategic advisory services of The Blackstone Group which later spun out as PJT Partners. Wilson received a BS from the University of Virginia. 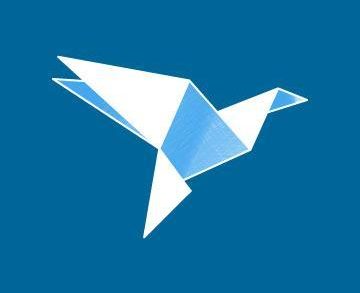