Home » How To Invest In Metals

In times of crisis, investments in precious metals, which have traditionally acted as a protective asset, are particularly popular. This year, gold has already broken the historical record of $2,000 per ounce, but the potential for investment has not yet been exhausted. Investing in precious metals could still pay dividends, especially if you consider platinum and silver as well.

Investing in precious metals in 2021

Investors can invest in a variety of instruments which are tied to precious metal prices in one way or another.

The first and simplest way is buying bullion and coins made of precious metals at pacificpreciousmetals.com.

The second way is investing in precious metals through specialized accounts denominated in the value of the metal, most commonly gold. This way, the amount of money in the account changes depending on the quotation of the precious metal.

The third way is to invest in gold mining stocks and Exchange Traded Funds (ETFs). A fourth way is to remotely purchase precious metal assets, which are essentially a subset of futures.

Finally, the fifth way is to invest in tokenised commodities, where the investor does not own the asset itself, but the size of their investment varies according to the value of the underlying asset. The latter method allows the investor to transact with assets that they do not physically own in the physical sense quickly and with minimal fees.

Thus, investments in precious metals are fuelled primarily by their function as a protective asset and the galloping growth in quotations associated with it. In 2020, gold broke through the $2,000 per ounce mark for the first time in history and set a historical record of $2,089.2 per ounce on August 7.

Demand for investments in precious metals

Amid extremely low or negative yields on many financial instruments, precious metals are considered by investors to be a safe haven. Russian banks are breaking records for investments into precious metals.

The bank makes no secret that its clients have been actively investing in such instruments since the beginning of the year, and the only thing left to do is to develop this area. And we are talking specifically about remote sales – almost analogous to tokenised assets, when a person cannot “touch” their asset.

In the first seven months of 2020 alone, the bank doubled its sales of gold coins and 3.2 times of silver coins. Meanwhile, buyers of such coins, unlike buyers of bullion, do not pay VAT, and the coins themselves may eventually become of interest to numismatists. Despite this, the bank managed to sell three times more gold bullion in July alone than it did a year earlier.

High prices for precious metals and the pandemic economic effects are curbing demand. But central banks still have a net position in gold. In the first six months of 2020, investment demand for silver is up 10%, and investment in exchange-traded products is up more than 30% and has surpassed the highs of 2009. And sales of silver investment coins increased by two-thirds in annual terms.

Why is platinum rising in price?

According to the World Platinum Investment Council, a drop in platinum output as a result of the coronavirus pandemic has led to a shortage of the metal. However, the platinum market is under the influence of two multidirectional factors.

On the one hand, lower production activity leads to a reduction in demand for the metal by large companies. On the other hand, demand grows on the part of investors interested in acquisition of a protective asset – as in the case of gold and bitcoin.

The mines in South Africa have been in lockdown mode all spring and only returned to operations in early June. Against this backdrop, the amount of platinum required by the industry was partially offset by stockpiles, but one of the key sources of reserves – platinum scrap – was far less likely to be delivered to facilities due to a drop in logistics. As a result, recycling of scrap also fell by 19%.

The reduction in supply was offset by a similar drop in demand – demand fell by 19% compared to April-June 2019. In certain sectors, the decline was even more severe. In particular, platinum use fell by 48% in the automotive industry and by 27% in the jewellery industry. At the same time, demand for platinum bars and coins rose sharply by 133 thousand ounces and platinum ETFs reached 122 thousand ounces at the end of the quarter.

On the one hand, gold has already passed its historical peak in value, and demand for platinum does not guarantee a subsequent rise in prices. On the other hand analysts still advise to use investments in precious metals as an element of portfolio diversification.

By the end of 2020, the platinum deficit is expected to be 336,000 ounces instead of 125,000 ounces a year earlier. Meanwhile, production of the metal in South Africa, where about three-quarters of the world’s platinum is mined, will decline by 20%, despite a possible recovery in demand by the end of the year. Russia will see a 9% decline and only Zimbabwe’s output will remain flat due to the large stockpile.

However, the automotive sector is expected to reduce platinum demand by 16% and the jewellery sector by 14%. The only growth in demand will remain in China, where the automotive industry is forecast to see a 27% increase in platinum demand due to stringent environmental regulations. In addition, there is increasing talk of a possible explosion in jewellery demand particularly in the Middle Kingdom later in the year. Thus, the outlook for the price of precious metals remains positive. In other words, platinum still has room for appreciation.

Similarly, we can expect positive signals from gold and silver. It is no coincidence that investors are actively investing in the development of new deposits. The new Klen mine in Chukotka is expected to produce about 2.8 tons of precious metals: about 1.5 tons of gold and 1.3 tons of silver a year. The total investment in the project will amount to about 7.5 billion rubles, and the deposit itself is expected to become operational as early as 2021. However, it will reach its design capacity only two years after that.

How To Get Investors For Your App 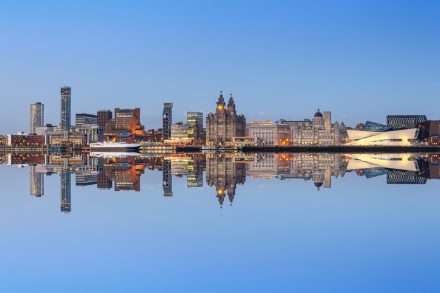