iGaming giants and gambling providers 888 Holdings have seen a huge surge in their profits and revenue for their first half of the annual year within the market.

This has been said to occur thanks to the increase in gaming products access to the general public and consumers in general. Sports betting has declined slightly, however the brands contribution has been kept to the least possible. Profits at betting sites have grown as more sites turn to the United States for sports betting access.

The operator has been said to have grown dramatically from 56.1% profits to beyond doubling it, to 131%. The Business to Company revenue from January to June 30th grew by $361.3 million, which is equivalent to £282 million and €308.6 million. Casino services alone had grown by 48.2% in interest to the general consumers, with takings of $260 million and officially putting 888 Holdings at the top for one of the largest operators in the game. From the classical casino games and operations, poker was the service that grew the most, with a 56.3% increase in generated revenue and stood out as the largest performer. Bingo services were the smallest revenue, with only an 8.2% increase and growth to $21.1 million respectively.

Sports betting for 888 Holdings, was the only service to have shown a decline from all the services that 888 holdings provide. It has dropped a total of 0.9%, just for the half year period and in comparison, to last year’s previous figures. However, 888 Holdings are not worried about this decline, it is to be expected with the delays and cancellations that the sports industry has gone through, this past year due to the pandemic. The fact that they have seen a surge and increase in every other figure in a period of great strain on the world economy, 888 have every reason to celebrate at this half year milestone. It is estimated that due to sports games being up and running again for a few months now, the final half year of 2020 will increase back up, with a possible chance of a profit overall, as for periods January and February, there was a 22% increase in revenue for 2020, just before games got cancelled to make way for pandemic guidelines.

Of course, 888 Holdings had tried to make way for the chaos that the pandemic had caused, by offering substitutional sports such as Darts etc. that can social distance and was not affected by the guidelines due to finding a way round the regulations forced. Nevertheless, the substituted sports allowed 888 Holdings to keep a foot, when sports betting was concerned.

The Business to Business revenue on the other hand actually rose by 20.3% and $17.8 million respectively, during the 6 months, half a year period. This is a direct reflection of how 888 Holdings have managed to continue their customer acquisitions and trends within increased online casino/ gambling services online, especially now more than ever within the pandemic period. 888 have managed to really conduct a strong community within their work force, with leadership and maintained management to get through such a hard period that is affecting the great general world economy. Their focus since the entire lockdown period, has been to focus on their product leadership and really provide targets that are realistic and reasonable, across the board and countries that they exchange their services with.

All the countries that 888 Holdings operate have shown an increase in revenue, except for Spain, who have dropped by 2.1% in their half a year annual reports. The largest revenue contributions so far to have come from the operating regions has been from Europe. Europe has always been known to be the iGaming giants of the globe, however with the Middle East and Africa, the revenue went up in total by 35.4% and $156.3 million. The growth in these regions were again due to casino services and poker (which had the greatest push again from individual casino services). Sweden was the biggest shock and a pleasant one for 888 Holdings, because they have managed to jump up to 123% in total for their overall gambling activity and general iGaming services.

Non-European markets provided an additional jump which includes USA regions that have recently legalised sport betting on a much larger scale across the regions. This area in particular was up by 73.2% in total and 40.6 million. Yet the biggest region revenue was in fact from Great Britain. They have seen a revenue of $142.2 million, and at 63.7% from last year’s figures released.

888 Holdings did increase their player protection protocols, due to so many players playing from the comfort of their own home during lockdown. The new algorithms maintain player experience and behaviours too, meaning problem gambling has been a huge issue that has tried to be minimised, especially as it was a huge risk during the quarantine months earlier on within the year. Campaigns and emails of methods of prevention, towards sustainable gambling were released to keep all the community as safe as possible, yet make sure they are having a fun experience regardless of the current worldwide situation.

H1 saw a larger number of accounts that had been restricted and prevented from pursuing in gaming, meaning 888 Holdings have every right to be cautious and take particular focus on their consumers’ well-being. Harm is the biggest issue faced for all platforms and companies. Yet for the UK region specifically, by working closely with the Gambling Commission, 888 have managed to maintain a hold and regulation within their online platforms.

Having recognised that the pandemic would have possible damaging effects and harms to their players, the prevention schemes have been very much welcomed and it was most quick and vigilant from 888’s part.

888 have said that they will hopefully continue to perform and provide more profits for the third quarter of their year. It will just mean they need to be vigilant on the responsibilities from their part and side. By ensuring that they focus on their harm prevention schemes, they have every hope of building a community greater than they have ever seen yet. 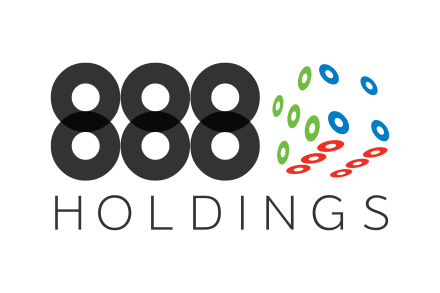