The past few weeks have seen new and exciting announcements from easyMarkets, the long running and respected online trading provider. At the beginning of September, the company revealed a major partnership with the La Liga champions Real Madrid, and just recently it had managed to reinforce its regulatory background by getting a new license from the Seychelles Financial Services Authority (FSA).

Now, in honor of the new La Liga season, easyMarkets has announced its “Trade Like a Champion” competition that runs from October 1st until November 30th. New and existing customers, providing they are outside the EU due to regulatory restrictions, will race for one of the three prizes at stake, benefiting special trading rules. The winners will be decided based on the percentage of winning trades at the end of the 60 days, and not on the trading volumes.

This rule had been set in play to not encourage over-trading and to make all traders eligible to win, no matter the trading volume. easyMarkets is well-known for supporting responsible online trading among its customers so it has designed comprehensive competition rules to support this.

At the end of the new trading contest, the winners will be decided within 15 days, based on their trading accuracy. All traders need to take into account that in order to be eligible for winning one of the prizes, they still must complete a minimum number of “30 round trip trades” as stated in the terms and conditions for the contest.

The easyMarkets and Real Madrid partnership

easyMarkets had launched an online trading competition to enable traders to face each other and show their ability to trade with high accuracy. After multiple successful years in the industry, the broker wants to continue innovating with new ideas that can spur more interest in the financial markets.

Partnering with Real Madrid has been a major achievement, considering the easyMarkets brand will benefit from increased exposure. “Los Blancos” are currently among the most popular clubs in the world, with fans across many different countries and continents.

Similarly, easyMarkets works for traders based on different continents, except for several restricted countries, making sure that everybody gets equal access to competitive trading conditions. All are invited to join the new contest and do their best to win one of the three major prizes. As with football, no one knows who will be the winner until the competition is over. 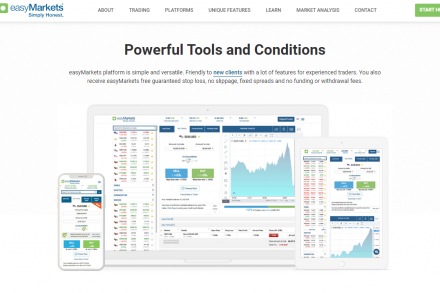