The round was led by SLS Journey, the new investment arm of MadaLuxe Group. Other investors include founding investor Carmen Busquets, the largest co-founding investor in Net-a-Porter, an early investor in Lyst and Moda Operandi, a strategic investor in Farfetch, and a co-investor with funds that include Felix Capital, Susa Ventures, Imaginary and Kindred; John Skipper, DAZN Chairman and former Co-chairman of Disney Media Networks and President of ESPN; and Lara Vanjak. Joining PSYKHE’s advisory board is Zsofia Jamieson, an industry veteran most recently of The Net-a-Porter Group and Imaginary Ventures.

The company intends to use the funds to scale its technology to other consumer verticals.

Founded by Anabel Maldonado, a fashion journalist and editorial consultant with a background in neuropsychology, Psykhe uses AI and psychology for personalization in e-commerce. The platform’s algorithm is powered by both machine learning and personality-trait science to tailor product recommendations to users based on their unique personality traits, which are captured through a psychological test that users take when signing up. The company has already secured partnerships with leading retailers that include Moda Operandi, Mytheresa, LuisaViaRoma, 24S and 11 Honoré.

The platform is now live in beta phase by referral only, although users can request early access through the waitlist, which is approaching 10,000. It launches fully to the public this fall. 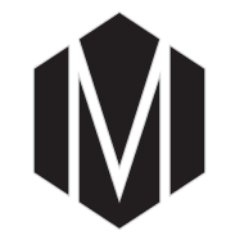