Lightspeed Venture Partners is looking forward to stepping up in Singapore and opening the door for more investments, using $4 billion that the firm raised earlier this year.

Lightspeed Venture is not the first capital firm that is expanding itself in Southeast Asia, as Vulcan Capital is also boosting its investments in this region. The region is very technologically advanced thus creating more opportunities for other firms to put their investments.

The region is digitally advanced and the fourth-largest internet market in the world.

Lightspeed will focus on Serie A and Serie B investments including enterprise software, consumer internet, and financial technology.

Not a surprising move

It is not a surprising decision from Lightspeed Venture to put investment in Singapore. Such a move was anticipated due to the fact, that prior to this step, China also decided to invest in Singapore, to some extent challenging the West.

From this $4 billion investment most likely the funds will go to the Fintech industry. We have an example of international companies that are actively cooperating with Singapore’s fintech companies because they are simply phenomenal. The largest sector in this regard is credit companies and financial institutions. For instance, Australian companies often use Singapore services and always try to close their ties. Looking at Monzi, an Australian company that resembles the style of a Singapore credit company is a very obvious example. It has almost developed a digital business module, which is really beneficial.

How Singapore became an economic miracle?

At the end of the twentieth century, the government of Singapore managed to find a new priority – the development of pharmaceuticals and biotechnologies, in which huge amounts of money were invested, including at the state level. An important point is that the government completely exempts from paying taxes to those private companies that make millions of investments in these businesses.

The most important role in the modernization of the country was played by the reform of the education system, which took place in the 70s. Minimum educational standards binding on all schools were created. Among other things, it became mandatory to study English, which two decades later was established as the second official language in the country. The government invests millions of dollars annually to educate Singaporean students at the best (mainly technological) universities in the world while setting up research centers in their home countries. Now in Singapore, there are 4 universities, 5 economic universities, a number of private institutes and departments of many foreign universities – not bad for a state with a population of 6 million!

This reliable source of financing has become a powerful engine of Singapore’s economic development, and the construction business has become one of its catalysts. Private companies used the experience of building multi-story residential areas to develop the hotel stock, and a hotel boom began in Singapore. Thanks to it, Singapore can comfortably receive up to 12 million tourists a year, which is at least twice the country’s population.

Success in the primary sectors of the economy and social policy has allowed Singapore to approach the title of “Cities of the Future” almost at arm’s length. It was decided here that the “City of the Future” should not be a stone jungle, so local authorities and businesses (which are prescribed) spend a lot of money and efforts to grow trees, vines, bushes, and flowers wherever possible – between overpasses, on pedestrian bridges, right on the roofs and terraces of buildings. If somewhere real plants do not take root, they are replaced with artificial ones with imitation of real ones in everything, up to flowering and smell. Mini-parks are set up everywhere between the skyscrapers, which makes the city, despite a large amount of glass and concrete, looks very green.

The constantly increasing population of Singapore is forcing the authorities to use the technology of “bulk land tenure” that has no analogs in the world – new areas of the city are being built on artificial embankments, which are settled right in the sea. There is no need to be afraid for their safety in case of natural disasters – the latest innovative materials, such as graphene and carbon fiber, are used in the creation of artificial islands, which makes the areas look extremely reliable and are able to withstand the most destructive environmental disasters – over the past 10 years, the area of ​​“artificial areas “Grew by almost 2.5 times, which contributed to the growth of the country’s population by about half a million a year. Vertical landscaping, used in urbanization, also allows you to retain rainwater, reducing the load on the sewerage during storms and cooling buildings in the heat.

Everything mixed with each other helps Singapore to become a miraculous country where technology is flourishing, the economy is at its highest and countries are simply “fighting” with each other to invest in this region. 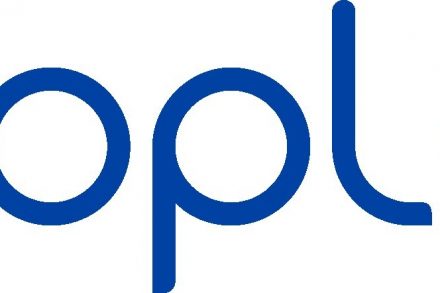 How Will FinTech Influence Financial Services in The Following Five Years?