Infarm, a Berlin, Germany-based provider of cloud-connected farming facilities, raised $170M in the first close of its Series C funding.

The equity and debt round – which is expected to reach over $200m – was led by impact investing firm LGT Lightstone with participation from Hanaco, Bonnier, Haniel, and Latitude, and supported by existing investors Atomico, TriplePoint Capital, Mons Capital and Astanor Ventures. The investment raise brings Infarm’s funding total to more than $300m to-date.

The company intends to use the funds to deepen the regional and local penetration of its global farming network and complete development of its farms.

Founded in Berlin in 2013 by Osnat Michaeli and the brothers Erez and Guy Galonska, Infarm is advancing a new generation of vertical cloud-connected farms, capable of generating the crop-equivalent of acres of farmland and amplifying the diversity of produce currently available through vertical farming. The farms are placed in various locations in the city, like supermarkets, restaurants and distribution centers, so that vegetables grow and are harvested close to the moment of purchase or consumption. 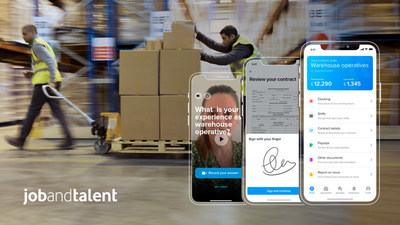