The round, which brought its total raised to over $80m, was led by Blackhorn Ventures with participation from Tenfore Holdings, Fontinalis Partners, Airbus Ventures, Lockheed Martin Ventures, and Presidio Ventures.

The company intends to use the funds to expand its talent pool, scale its submillimeter Milo Microlocation System and increase its presence in the transit industry with its proprietary Rail Navigation System, among other investments.

Led by David Mindell, CEO, Humatics has built a microlocation system for the industrial world that combines proprietary industrial-grade UWB, sensors, and data, delivering range and precision and enabling transit systems to navigate safely and reliably. Its microlocation products include the Humatics Rail Navigation System, enabling transit systems to improve their train navigation capabilities, and the microlocation-on-a-chip technology for mm-scale tracking in industries such as manufacturing, medical, and industrial application.

Customers use Humatics’ systems to solve mission-critical localization and navigation challenges in harsh environments where other technologies fall short.

The company, which also has an office in Huntsville, Alabama, already hired former Cisco executive Shawn Henry as SVP of Product and Engineering at the end of 2019 and he was recently promoted to President and Chief Operating Officer. In June of 2020, Humatics brought on Joffrey Lauthier as Director of Sales, Rail and Transit to lead a dedicated New York team. 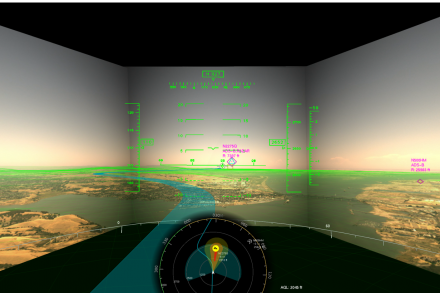