Since the end of December when China reported a cluster of cases of pneumonia in Wuhan, Hubei Province, the world has waited with bated breath – knowing that a global pandemic would bring chaos and confusion to global economies, and change the lives of every citizen. This isn’t the first time Singapore has experienced an epidemiological outbreak, following the original SARS outbreak in 2002 and 2003, Singapore was somewhat prepared for what was about to come. However, no one could have predicted the rate of which transmission occurred, and therefore, the systematic falling of economies as the virus moves across the globe from east to west.

Perhaps unsurprisingly was the fall of the Asia-Pacific regions at the start of the outbreak as supply chains broke-down, and tourism fell. Despite currencies in the region rallying at the end of December – boosted in part thanks to the thaw in trade tensions between the US and China. The pandemic has seen DBS, Singapore’s biggest bank, lowering its 2020 gross domestic growth forecast to 0.9 per cent, from 1.4 per cent – citing a drop of 1 million tourist arrivals for every three months that Singapore continues the travel ban on Chinese passport holders.

However, thanks to the People’s Bank of China who are supporting China’s economy with cash-injections, this has helped to prevent a steeper fall in the Asia-Pacific region as a whole.

Since April 3, Singapore has been under lockdown, in what their Prime Minister Lee has called ‘circuit breaker’, in which citizens are faced with strict stay at home measures. Whilst it was hoped the lockdown would last until May 4, it has been extended until June 1, amid fears of a second wave if the lockdown is eased too soon. Despite the ‘circuit breaker’ being a key factor in the fall of activity across the Singapore market initially, the Singapore dollar has eased on its downbeat trajectory, and is looking like a strong pairing against the USD which is why it could be a great time to create a trading account in Singapore.  On March 23, the USD rallied to an 11-year high against the Singapore dollar following the break out of tensions between Saudi Arabia and Russia over oil prices and supply, as well as the US government’s delay in acting amidst the pandemic.

Following the outbreak of Coronavirus, the Purchasing Managers Index or PMI showing the state of economic growth in Singapore hit a record low in April. With a score of 28.1, a state of recession was announced – as would be expected of scores anywhere below 50. However, figures from across the globe illustrate they are far from alone.

As supply chains come under intense pressure, staff shortages, and shipping difficulties continue, the is no doubt the repercussions of Covid-19 will be felt for years to come.

How the Autumn Budget will affect SMEs

How Blockchains Will Help Improve Our Lives in Unexpected Ways 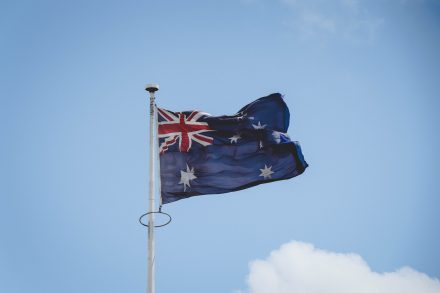