In conjunction with an additional $4m contributed by founders, Carl Mastronardi and Jamie D’Alimonte, the Phase 1 of Greenway’s expansion plan is now funded.

Included in the facility is an uncommitted option to increase it by an incremental $25m to a total of $31m, subject to agreement by BMO and satisfaction of certain legal and business conditions.

The company estimates to produce 4,000 kgs of dried bud per annum, but will have the processing capacity for 30,000 kgs for additional expected production from Phase 2.

Co-founded by Mastronardi and D’Alimonte, who are greatly acknowledged for their substantial hydroponic competence, Greenway was mainly established to manufacture high quantity and high quality cannabis at an affordable price.

The company has begun producing delineating genetically made seeds to help design cannabis to satisfy the demanding market of applications including, among others: stop the layout of cell cancer, reduce the tremor for individuals with Parkinsons’ disease, safeguard the brain after one has suffered a stroke, and help people suffering from post-traumatic disorder. 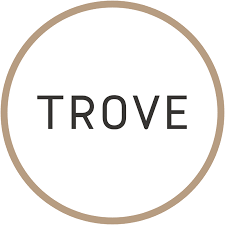 By FinSMEs Published on November 2, 2015