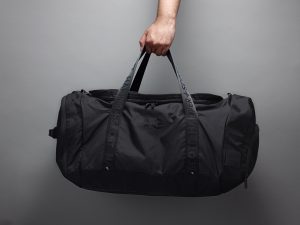 The amount of the deal, which valued the company at approximately $50M, was not disclosed.
In addition to the funding, Harper + Scott has added John Howard of Rotor Capital Partners, Noah Rabinsky of Summerfield Capital Management, and K5 Global Founder Michael Kives to its Board of Directors.

The company intends to use the funds for expansion into media, entertainment and technology while deepening connection in the retail sector.

Founded in 2014 by Michael Scott Cohen and Jon Alagem, the agency designs and manufactures innovative branded merchandise, employee gifts, gifts-with-purchase, influencer-marketing and original retail products.
Most recently, Harper + Scott designed and produced all of Compass real estate’s branded merchandise, as well as built an internal web store utilized by more than 14,000 of its agents. Sally Hansen hired the agency to design and produce an influencer mailer for its Sally Hansen x Jelly Belly collaboration. And for Christina Tosi’s Milk Bar, the team created original illustrations and copy that integrated into the Milk Bar brand with a focus on creativity, quick turnaround times and complete transparency.