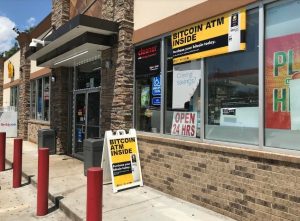 With the acquisition, Bitcoin Depot strengthens its leadership position in the market.

Led by Brandon Mintz, CEO, Bitcoin Depot is a large operator multi-cryptocurrency ATMs which allow users to buy and sell Bitcoin, Litecoin, Ethereum and Bitcoin Cash instantly at hundreds of locations across the United States. The network currently operates nearly 300 Bitcoin ATMs in the United States and expects to have over 1,000 Bitcoin ATMs deployed by the end of 2020.

Bitcoin ATMs, also called BATMs or Bitcoin kiosks, are crucial for the acceptance and adoption of Bitcoin due to its vital connection between underbanked communities and the crypto world.