Since it’s humble beginnings in mid-16th century Italy, to today’s fast paced and highly competitive industry, bingo has come a long way over the past few centuries and whilst it was once considered a pastime for people in the local village hall or a way of raising funds for the local church, bingo is now a booming industry, with a current worth of £1.3 billion according to the UK Gambling Commission.

Whilst the number of bingo premises are now declining, the rate at which online bingo outlets are cropping up is phenomenal, creating competition as corporations battle to be the preferred provider of online games.

This article will take a look at how the online bingo industry has developed throughout the last few years, with consideration to the factors that have influenced this change; from changing policies and legislation to cultural and technological influences and market demand.

The shift from traditional bingo halls to online

With the introduction of the Betting and Gambling Act of 1960, bingo became a legalised form of betting; transforming what had once been considered a popular pastime to a fully commercialised activity. On the back of this act, many conglomerate companies from Odeon to Gaumont cinemas were quick to jump on the bingo bandwagon, transforming their cinemas and dance halls into outlets for bingo. During this time, local magistrates granted 16,000 licences for small sums, however it wasn’t until 1961 that commercial gambling really took off with the Royal commission for betting, lotteries and gambling making a recommendation, which led to the legalisation of betting shops.

With bingo now an officially legal form of gambling in the UK, activity grew rapidly in which there were around 14 million memberships by 1963. Fast-forward to the present, in 2018 consumers could find 649 bingo premises in the UK, a significant decline compared to the 1600 halls there were in the 80’s.

The rise of online bingo

As of today, 300,000 people have now switched to online gambling. This rise has been caused by a variety of factors from increasing costs for rental on premises, to the modern worker with time restraints and most of all, the digital revolution which has seen a significant rise in the amount of smartphone users across the globe. None the less, it has been a challenge to replicate the popularity of the traditional bingo hall and the air of entertainment it provides in such as social setting. However, it seems the convenience and instantaneous notion of online bingo provides has significantly outweighed traditional bingo in the past few years.

According to the BBC, there were just 20 bingo websites operating in 2004, with this figure growing to more than 350 to the present day. The vast amount of bingo sites now available is creating a significant amount of interest in which research published last year has found that online bingo is now more popular than tennis. This popularity gives rise to increasing amount of competition between online bingo providers with 62% of people being a member of 1-5 bingo sites in 2017 and an astonishing 14.5% of people being a member of more than 16 different bingo sites.

In 2017, changes in legislation were introduced with operators being required to pay 15% general duty on all free or discounted online bets. In addition, a ban was introduced on adding charges to online payments for consumers, encompassing all major debit and credit cards as well as ApplePay and PayPal.

As a way of offsetting this downfall, no deposit bingo is now featured at a huge number of online bingo sites, giving consumers the chance to win without having to part with a single penny. With a vast array of bingo websites now offering various no deposit promotions, it can pose a challenge to the consumer to choose which provider to go with. One-way of tackling this issue is by utilising a comparisons website such as Bingoport. Bingoport takes the hard work away from the consumer by providing in depth reviews on no deposit bingo, empowering the customer to invest their time in a provider that will give them the best chance of getting a return.
In addition to this insight, Bingoport provides a ‘points based’ system for users to collect points from using suggested sites, which they can then save or spend on top rewards from shopping vouchers to bingo cash bonuses.

One of the reasons for a rise in online bingo vs. traditional bingo is the convenience and speed of the game with players able to participate from any location connected to Wi-Fi, whether in the comfort of their own home, or on the go whilst commuting to work. Figures have shown that 66% of bingo players used a mobile phone to participate in 2017, and whilst there are a variety of devices available to play online bingo, 65% tend to stick to one device, with phone being the most popular platform at 35.5%. This means that bingo providers must consider the usability of their site when developing online bingo games as players will naturally flock towards sites and providers with mobile friendly platforms, thus eliminating a number of competitors with less mobile-friendly platforms.

Use of bingo apps

With a growing trend of players using predominantly mobile devices to play online bingo, there has been an increase in the amount of bingo apps now available. In 2017, gambling apps became available in the Google play store, making it much easier for consumers with an android phone to access online bingo and whilst in 2017 there were just 12% of players using an app, this figure rose to 17.5% by 2018. This shift from using a web browser to app based games could see yet more competition in the online bingo market as time goes on.

Understanding the Different Types of Cryptocurrency: What Are Your Options?

How Have Trading Platforms Evolved Over Time? The Journey From Open Outcry to Electronic Trades 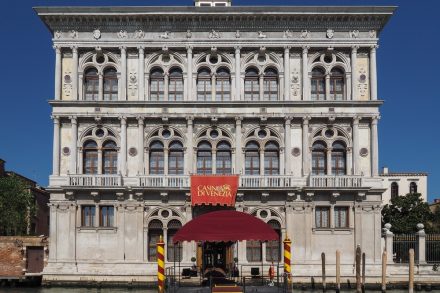