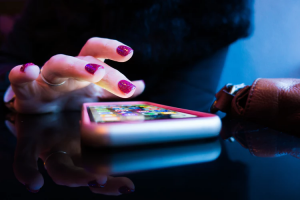 When you think of the word mobile startup, an image of a simple business comes to mind. One that doesn’t earn much, or even make a change, right? Well, we’re here to tell you that you can’t be more wrong.

In an era that has been full of mobile startups trying to leave their mark on the world, there is only a select few that one can honestly identify as a disruptive technology and have changed our lives in many ways. It’s not easy to find a mobile that really does stand out from the crowd, have a long battery life, a number of unique apps and are easy to repair in case the need arises. A real giveaway to what brands have really made their mark is when a well known repair source gives recognition along with warranties for the repairs. In the US, for example, you can have a solid idea of what some of these brands are, Cell Phone Repair MN gives you good insight into what these warranties look like as well.

So why is it that some mobile startups have been able to be more disruptive than others? Let’s have a look at 5 that have clearly changed our lives.

While the company doesn’t need an introduction; since, it’s already well-known all over the world, this wasn’t the case over a decade ago. Back in 2009, this tiny mobile startup was still pushing its way through as a private cab rental company. People had no idea the startup would grow to become such an essential part of our lives. Nowadays, we do not only use Uber for transport, we use the app to order food, share bikes, and soon enough, flights.

If you’ve seen a square card reader, then you probably know about Square. Their first service, the Square Reader, was launched in 2010; at the time, it wasn’t used by many businesses. Basically, the reader would connect to a smart phone through its audio port, then read credit/debit cards. After about two years, a lot of businesses started picking up on the trend; brands like Starbucks and Whole Foods. Nowadays, people, as well as, businesses use the company’s various sets of apps to sell their products online, conduct financial transactions, book appointments online, process payroll for their employees, and so much more!

This is where everyone goes to rate businesses, look at/write reviews, and get information on places. Using search engine optimization, and input from the general public, Yelp has enabled people to easily look for any services of choice. It has become an app that functions over several platforms and across the U.S. and the world. When it first started out, it was contained to a limited number of cities, but came to include all of the United States. You could be living in San Francisco and searching for someone to repair your mother’s broken phone, you only need to type the essential keywords. Of course, they’ve come a long way from there; you can use Yelp almost anywhere, to know more about anything. Believe it or not, the company started off at a business incubator!

Since we’re talking about life-changing mobile startups, we have to acknowledge Duolingo’s efforts. The app was first beta launched privately in 2011 in the hopes of providing free education for those who wanted to learn a foreign language. Following the public release, it became the highest rating education app on Google Play. Over the years, it has managed to create over 80 courses, include 24 different languages and accumulate over 300 million users; all of that with only 95 employees. In addition, the company’s educational value has been recognized by schools, too.

It is extremely rare to find someone who’s not familiar with Shutterstock. Why? The name has simply become synonymous with stock photos. The beginning of the now-major company was quite modest. It started with the founder, Jon Oringer, putting up his collection of photos online and charging people for them. At some point, the demand got too much so, he hired more photographers. From there, the company went on to create stock music and films, as well. Shutterstock also provided an income source, as well as, recognition for quite a large number of photographers.

Looking back at all of the above, we can imagine how from such simple beginnings can arise such great mobile businesses. Ones that changed, and continue to change, their markets and course of humanity itself. Through their constant innovation, they’ve managed to create demand, fill needs and continuously disrupt the stagnant lake that is the market. It only goes to show how much we are capable of.