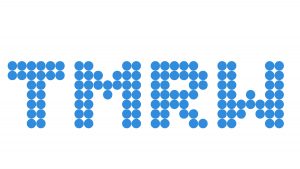 TMRW, the NYC-based creator of a Robotic Process Automation (RPA) platform designed specifically for in vitro fertilization (IVF), raised over $12M in Series A financing.

The round was led by Special Situations’ Life Sciences Innovation (LSI) Fund and Managing Director, David Sable, M.D. joined TMRW’s Scientific Advisory Board. Other Series A participants included the family office of noted investor and philanthropist Glenn Dubin as well as several other private commitments.

The company intends to use the funds to refine its technology and further expand its board and executive leadership team.

Alongside the completion of Series A financing, the company has expanded its corporate and scientific advisory boards. In addition to Dr. Sable, TMRW also appointed Andrew Brooks, Ph.D., currently the Chief Operating Officer of the RUCDR Infinite Biologics at Rutgers University, the largest academically affiliated biorepository in the world, to the Chairmanship of TMRW’s Scientific Advisory Board, and Tara Comonte and Robbie Myers as Independent Corporate Board Directors.