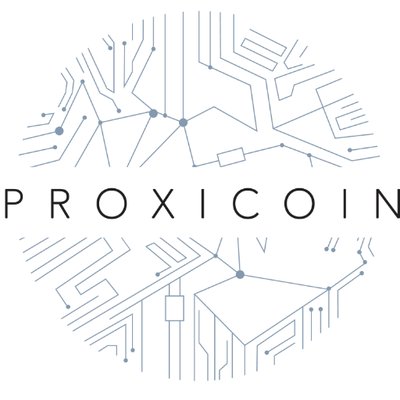 Proxicoin, created and owned by Proxima Media, is a securities token built on the Ethereum platform which allows fractionalized ownership in film, television, music and other IP-driven content where every day qualified investors can, for the very first time, participate in the Hollywood industry in a capacity previously available only to large, elite institutions.

“Blockchain technology is enabling new business models that unlock value in traditional industries like film financing. Global audiences can now participate as investors in tokenized offerings through a new asset class. Having worked closely with the management team to structure the offering, we are confident that Proxicoin will create unprecedented value by establishing a marketplace for global entertainment assets,” said Aman Johar, Principal at Proteum Capital, who has been an early advisor and consultant to Proxicoin.

The token has been built and is fully audited and has already signed a deal with the Fusang Exchange. Fusang is the first crypto exchange in Asia that trades security tokens and Proxicoin will be among the first security tokens to be listed and traded on their platform.

Proxicoin holders will also be partial owners of Entertainment Stock X (ESX), an innovative platform operating similar to a stock exchange for financing entertainment projects. It utilizes Regulation A of the JOBS Act allowing each film or TV show to undergo an IPO, providing liquidity for each production through aftermarket trading. ESX takes advantage of the booming global demand for content while helping fill the need for new, efficient sources of financing for filmmakers. There are only 57 recognized trading platforms worldwide, making this a unique and highly sought-after asset. It will also benefit from the $1.6 billion USD, and growing, crowd-sourced film financing market. Proxima has been working on building ESX for almost two years and expects to be live before the end of the year. Currently the trading platform has deals for listings on over 30 major feature film projects and is expected to have a significant share of the 600 major films and television shows shot annually.

“This is a game-changing moment for the entertainment industry. Proxicoin makes a highly sought-after financial product available to many individual and smaller investors. Film, as an asset class, is traditionally uncorrelated to capital markets and has been a competitive and sought-after asset class among the large hedge funds and banks including Citibank, Duetsche Bank, JP Morgan, Goldman Sachs and many others. During the Great Depression one of the only stocks that went up was MGM,” said Vincent Tse, CEO of Step Ventures.

“We are impressed by the Proxicoin team and their dedication to creating cooperation and synergies between the China and Hollywood film industries,” said David Lee of The Central Wealth Group of Hong Kong. “We are looking forward to reaping success from our investment in Proxicoin and their respected leadership on the roadmap to developing great productions using the latest technology. This is perfect for our LP investors to help create a broad and highly defensive portfolio looking to create better than market returns.”

“Proxicoin and this transaction eliminate many of the hurdles that have held back growth between the two countries due to heavy restrictions in currency conversion. Proxicoin removes those friction points while creating total transparency. We have put together a stellar team to implement what we believe will be a serious paradigm shift in the financing and marketing of films. We have top bankers with a deep understanding of the capital markets, content creators, operators and brand experts. Having Central Wealth Investment Fund and Step VC as partners is a great validation for us that we are on the right track. There couldn’t be better lead investors and partners,” said Ryan Kavanaugh.

The front end of the trading platform was built through a partnership with Hanzo, a Techstars funded AI marketing platform that has powered over $300 million USD in funding for some of the most successful crowd sales in history. Zach Kelling, founder and CEO of Hanzo comes on board, via an exclusive agreement, to lead development of the ESX exchange platform.

Step Ventures is a Hong Kong-based Venture Capital Company whose focus is on investing in emerging technologies, companies which create and promote innovative technology and systems with entrepreneurs with historical success of innovation and creation of paradigm shifts in the technology and media industries.

Proxima Media was founded by legendary Hollywood producer Ryan Kavanaugh, who together with his executive team, have been responsible for more than 200 films, with a box office of $17 billion. Among their productions are Immortals, Fast and the Furious, Girl with Dragon Tattoo, Salt, Wanted, Limitless, The Fighter, Mirror Mirror, Safe Haven, Beyond the Lights; and The Social Network, which received eight Oscar nominations. Other films include Mamma Mia! 3:10 to Yuma, Grown Ups and Dear John.

Proxicoin is owned and operated by Proxima Media founder, Ryan Kavanaugh. Proxicoin utilizes block chain technology to provide previously untapped investors with the ability to participate in tokenized offerings for film and television financing. Their business model aspires to generate higher market returns by creating a space for the everyday investor to reach global audiences.

Mr. Kavanaugh is also credited with originating a number of first-of-their-kind deals that changed the film industry, including for Marvel Studios, which led to the creation of the Marvel Cinematic Universe, that has amassed more than $17.5 billion at the worldwide box office. Mr. Kavanaugh followed-up that success with a first of its kind television pay deal with Netflix and created what is today known as the SVOD window for Netflix, which boosted Netflix’s market capitalization to $10 billion USD. He was also honored with a ‘Hollywood Producer of the Year’ Award and was named by Variety as, ‘Showman of the Year.’

Mr. Kavanaugh has a depth of experience in China as he was instrumental in launching Sky Land Entertainment, which entered into a historic partnership with Huaxia Film Distribution Co. Ltd. to handle production and distribution of films in China and the U.S. The deal marks the only strategic alliance to date between a Hollywood film production entity and a Chinese government-sponsored company. Mr. Kavanaugh’s other notable credits include what is now called Independent Sports & Entertainment, an integrated sports, media, entertainment and management company that represents 300 of the best athletes in the NBA, NFL and MLB, and is the second-largest integrated management company in the U.S. with about $2.5 billion in player contacts. He also created the powerhouse television company, now called Critical Content, which produced hit shows such as Catfish on MTV and Limitless on CBS and under his tenure had over 40 series on the air.

Entertainment Stock X (ESX) is an innovative aftermarket-trading platform two years in the making. Individual film or television projects will undertake an IPO to be given liquidity and be easily traded with transparency, providing an efficient avenue for filmmakers seeking financing for the growing demand for new content. ESX currently has deals for listings on over 30 major feature film projects and is expected to have a significant share of the 600 major films and television shows shot annually. ESX is expected to launch by the end of 2019.