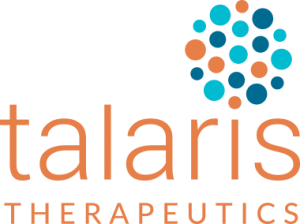 Talaris Therapeutics, Inc., a Boston, MA and Louisville, KY-based biotechnology company developing cell therapies that have the potential to eliminate the burden of chronic immunosuppression for organ transplant recipients, closed a $100m Series A financing.

The round was led by Blackstone Life Sciences, with participation from Longitude Capital and Qiming Venture Partners USA.

The company intends to use the funds to advance its proprietary, one-time, allogeneic cell therapy, FCR001, into later-stage clinical development in multiple immune-related indications and expand its in-house cell processing capabilities to support development programs as well as early commercial launch needs.

Founded on technology discovered and developed by Dr. Suzanne Ildstad and led by new CEO Scott Requadt, Talaris Therapeutics is a late-clinical stage biotechnology company that is developing cell therapies with the potential to eliminate the burden of chronic immunosuppression for organ transplant recipients as well as induce durable remissions in patients with severe auto-immune and immune-mediated disorders. The company operates its own cell processing facility in Louisville, KY.

Mr. Requadt, Talaris’ new CEO, is an experienced biotech leader and life sciences investor with nearly 20 years of industry experience. Prior to joining Talaris, he was part of the investment team of Clarus Funds (now Blackstone Life Sciences) for 13 years, having most recently served as Managing Director. He remains a Venture Partner with Blackstone Life Sciences. Previously, he was Director, Business Development at Transform Pharmaceuticals until its acquisition by Johnson & Johnson. He started his career as a mergers & acquisitions lawyer at Davis Polk & Wardwell.