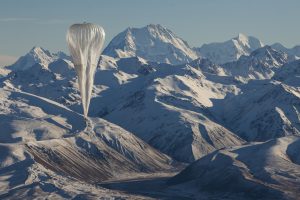 HAPSMobile, a joint venture between SoftBank and AeroVironment, made the investment.

HAPSMobile and Loon have also formed a long-term strategic relationship to advance the use of high altitude vehicles, such as balloons and unmanned aircraft systems (UAS), to bring connectivity to more people, places, and things worldwide. As part of the deal, Loon has obtained the right to invest the same amount in HAPSMobile in the future.
Furthermore, to strengthen the relationship, the companies are actively exploring commercial collaborations to accelerate the deployment of high altitude network connectivity solutions, with a focus on expanding mobile internet penetration, enabling internet of things (IoT) applications, and assisting in the deployment of 5G.

Led by CEO Alastair Westgarth, Loon leverages stratospheric balloons to expand internet access to the billions who currently lack it. To this end, the company works with a range of partners to expand and supplement existing networks to meet the connectivity needs of the future. To date, Loon’s stratospheric balloons have travelled more than 30 million kilometers around the world and connected hundreds of thousands of people.
It is a subsidiary of Alphabet, the parent company of Google.