The round was led by a consortium of banks led by DNB Bank ASA and Société Générale, New York Branch.

The company intends to use the funds for the repayment of publicly traded bonds linked to EnfraGen subsidiary Fontus Hydro, LLC, as well as provide for additional capital for further growth.

Led by Brendan Duval, Chief Executive Officer, EnfraGen focuses on the development, acquisition and operation of power and power infrastructure assets in the Americas. EnfraGen’s subsidiaries include Prime Energía SpA, its grid stability subsidiary; and Fontus Hydro, LLC, its renewable power subsidiary. Its portfolio of operational and construction assets across its subsidiaries offers a combined capacity of approximately 750 MW as of December 2018. The company, including its affiliates and subsidiaries, is supported by a team of approximately 150 professionals.
EnfraGen maintains offices and assets in Chile, Panama and the United States, and is part of the Glenfarne Group, LLC family of companies.

Glenfarne is an energy and infrastructure development and management firm based in New York City with offices in Panama City, Panama and Santiago, Chile. Its seasoned executives, asset managers and operators develop, acquire, manage and operate energy and infrastructure assets throughout North and South America. In 2018, Fontus Hydro acquired three operating, run-of-river hydroelectric power plants in the province of Chiriquí, Panama that are supported by contracted revenues. The facilities also sell electricity into the Regional Electricity Market (“MER”), which comprises six countries in Central America. 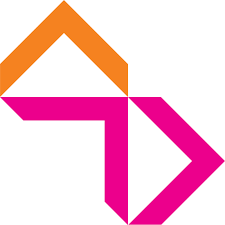