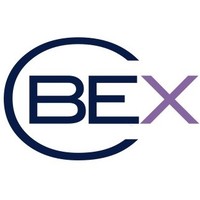 This was the first and final close of BEX Fund III, with fundraising completed in the space of four months.

BEX Capital received support from existing investors with over 90% returning to commit to BEX Fund III. The fund was substantially oversubscribed and closed in excess of its original target of $280m.

As per its predecessors, BEX Capital’s third fund will acquire positions in private equity FoFs, secondary funds and co-investment funds, with a strong bias towards mature markets and assets.
It will make individual investments ranging from $1 million to $500 million.

Led by Benjamin Revillon, Founder and Managing Partner, and Erwin Roex, Managing Partner, BEX Capital is an independent private equity secondaries investment firm that invests in mature positions in global private equity fund-of-funds, secondary funds and co-investment funds, on behalf of family offices and institutional investors. The firm now has in excess of $500 million of capital under management.