Seraphim Capital, a London, UK-based space-dedicated venture capital firm, has added Candace Johnson as venture partner and Chair of the global advisory board.

Ms. Johnson has a long career as founder/co-founder of such space ventures as SES ASTRA, SES Global, Loral-Teleport Europe, Europe Online, as well as having played critical roles in bringing about space sector leaders including Iridium and ILS.
An experienced venture capitalist and investor, she has been a member of the Strategic Committee of Iris Capital for the past decade and until recently has served as President of the European Business Angel Network, now President Emeritus.

Ms. Johnson serves and has served on the boards of a number of emerging space leaders including NorthStar Earth and Space and Kacific.
She is also the founding president of the VATM, the Association of Private Telecom Operators, co-founder of the Global Telecom Women’s Network (GTWN) and co-founder of the Middle East and North Africa Business Angel Network (MBAN) and the African Business Angel Network (ABAN).

In addition, Ms. Johnson is currently Vice Chair of NorthStar Earth and Space, Co-Founder/Member of the Board of OWNSAT (Oceania Women’s Network Satellite), co-founder of EBAN Space and has mentored and invested in numerous “New Space” start-ups throughout the years. In addition to her space-related activities, she is President Emeritus of EBAN, Strategic Committee Member of Iris Capital, and President/Co-founder of numerous angel investment funds, a member of the Board of Store Electronics Systems- Imagotag (SESL – Paris Next) and EDHEC, a French business school.

In her role as Chair of the Seraphim Space Global Advisory Board, she will preside over the committee including corporate backers from the industry including Airbus, Telespazio and SES along with representatives from European Space Agency and the Satellite Applications Catapult.

Led by Mark Boggett, CEO, Seraphim is a space-venture capital firm managing Seraphim Space Fund, which is funded by a range of multi-national corporates including Airbus, SES, Telespazio, E2V Teledyne and Rolta.
The firm also operates the Space Camp Accelerator, which is backed Inmarsat, Rolls Royce, Cyient, DSTL along with the UK and European Space Agencies.
Alongside Space Tech Angels, Seraphim has built a portfolio of over 30 spacetech and dronetech startups including Spire Global, Iceye and LeoLabs.
The firm is currently raising the Seraphim Space Global Fund which will include a broad range of additional space, aerospace and drone related multinational corporates. 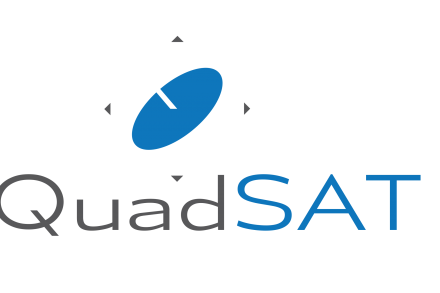