Golden Gate Ventures, a venture capital firm in Southeast Asia, and Hanwha Asset Management, a global asset manager headquartered in Seoul, Korea, have teamed up to invest together in Southeast Asia’s “Series B” stage startups.

The firms will invest together on consumer-centric platforms and services, such as marketplaces, financial inclusion technologies, tech-enabled healthcare, and logistics-as-a-service platforms challenging the Series B funding gap Southeast Asia startups are facing.

According to Preqin’s data (See Figure 1), even as the number of regional startups searching for Series B funding grows, there is still little to no venture capital funds capable of filling that gap. Startups seeking Series B financing often find themselves in the difficult position of syndicating rounds from multiple Series A investors or appealing to alternative, often unconventional sources of later- stage capital, such as family offices and global PE buyout firms. 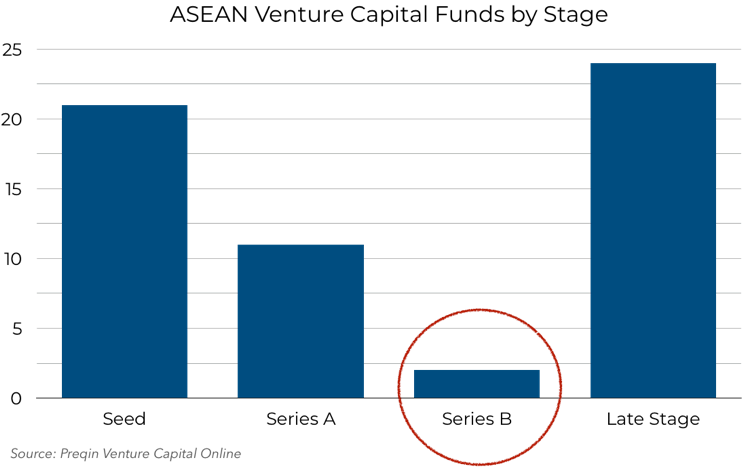 In the US and Europe, according to SVCA, 50% Series A-funded companies receive Series B funding. In contrast, the rate of follow-on financing in SEA was less than a third for the same cohort. This decline can be largely attributed to a lack of growth-stage funding within the region (see Figure 2). 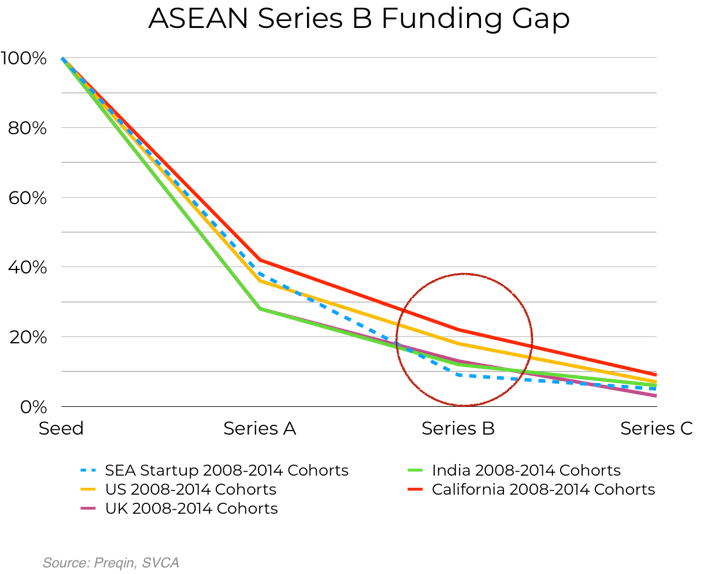 Singapore based investment firm Golden Gate Ventures has been investing in early-stage consumer-focused technology companies in Southeast Asia since 2012.
It has invested in such regional companies as Redmart, Carousell, Carro, Funding Societies, and Ruma (now Go-Pay);

Hanwha Asset Management is a global asset management company with US$80B in AUM and has been investing in growth stage deals globally It has backed notable startups such as Zymergen, N26, Yanolja, and Grab.

Together, they will invest in technology platforms that can take advantage of the region’s rapidly growing middle class; accelerating rates of internet, mobile phone, and technology penetration; and increasing online consumer spending. 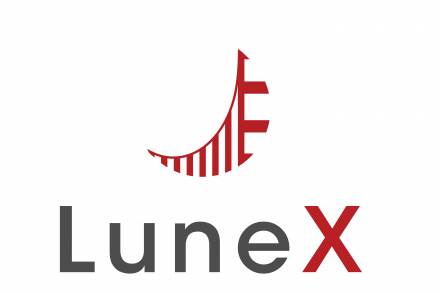 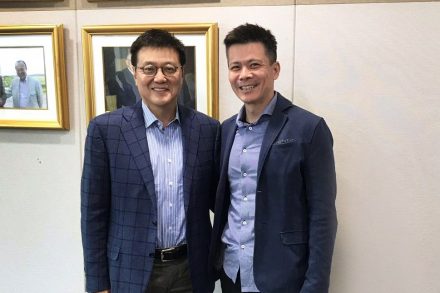