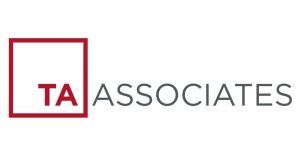 Jain, who has rejoined the firm as VP and member of the North America Technology Group, focuses on investments in technology companies across North America.

Prior to rejoining TA where he served as an Associate in its North America Technology Group from 2013 to 2016, he served as a Senior Associate at Marlin Equity Partners in the firm’s Los Angeles office.
Mr. Jain began his professional career at UBS Investment Bank in New York where he was an Analyst in the Technology, Media and Telecommunications Group from 2011 to 2013.
He received a B.Com. degree, Beta Gamma Sigma, in Finance and Management from the University of Virginia.

The firm, which backs profitable, growing companies with opportunities for sustained growth, has invested in more than 500 companies around the world as either a majority or minority investor.
TA has raised $24 billion in capital since its founding in 1968 and is committing to new investments at the pace of $2 billion per year.
Its 85 investment professionals are based in Boston, Menlo Park, London, Mumbai and Hong Kong.

By FinSMEs Published on May 20, 2015May 20, 2015
Germanymiddle market companiesPrivate Equity