The amount of the deal – which followed Import.io’s Series B funding round announced in December 2018 – was not disclosed.

The acquisition will enable Import.io to further solidify its market leadership position in the Web Data Integration category.

Connotate brings new technology to Import.io, including eight patents and the company will now consolidate this technology into a solution that will be available to all customers. With the addition of more than 70 enterprise-class customers including Dow Jones, Cox Automotive, Capital One Services and Moody’s Analytics Knowledge Services, Import.io’s customer base now exceeds 850 customers, including many of the largest companies in the world.
Almost all Connotate’s employees will be retained and, as a result, the company will have a product engineering team of over 30 people.
The company’s leaders will join Import.io. In details:

Founded in 2012 and led by Gary Read, CEO, Import.io provides a Web Data Integration solution that extracts, prepares and integrates comprehensive web data into customers’ analytics platforms and business applications.
The company, which currently delivers data to more than 850 customers from millions of web sources, is headquartered in Los Gatos, with offices in Colorado, London and New Jersey. 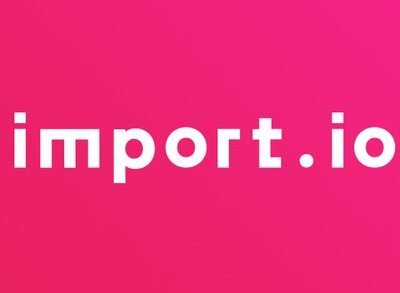