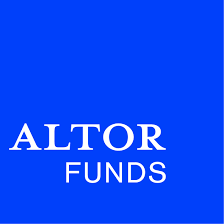 The investor base consists mainly of university endowments from the US, charitable foundations, insurance companies and pension funds. Nordic and DACH investors represent 32% of total commitments, with remaining capital being committed by investors mainly from the US, elsewhere in Europe and Middle East.

The fund will invest in and develop mid‐market companies in the Nordic region and will also focus on opportunities in the German speaking‐region (DACH).

As with prior funds, the new vehicle will have a 15-year investment term. Investments will generally be made in private companies with revenues typically in the range of €50m to €500m. The new fund has, as with its predecessors, a flexible investment mandate, which allows for minority investments in publicly traded companies and distressed debt.

Altor Fund V is managed by Altor Fund Manager – an authorized manager under the Alternative Investment Funds Act, regulated by the Swedish Financial Supervisory Authority.
Monument Group, one of the industry’s leading placement agents, has advised Altor in raising the fund.

Since inception, the family of Altor funds has raised some €8.3 billion in total commitments. The funds have invested in excess of €4.2 billion in roughly 60 companies. The investments have been made in medium sized, predominantly Nordic, companies with the aim to create value through growth initiatives and operational improvements. Among current and past investments are Byggmax, Carnegie Investment Bank, Dustin, Helly Hansen, Lindorff and SATS ELIXIA.