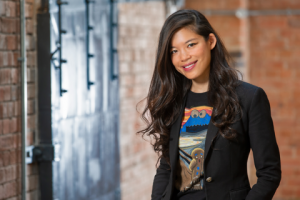 As Head of Investor Relations, Yang will work closely with Balderton’s investment team to support the firm’s investor relations and fundraising activities.

She was previously a partner at B Capital Group in Manhattan Beach, California, the global venture capital firm started by Facebook co-founder Eduardo Saverin. Prior to B Capital, she was a founding partner of Gratia Capital in Los Angeles, California, a spin-out of Canyon Capital, the $25 billion hedge fund.

Yang is a bilingual Chinese-American who started in finance at Citi and HSBC in New York before becoming an entrepreneur, co-founding a fast fashion apparel business Novo Holdings in Shanghai, which was ultimately purchased by KKR.

According to her bio page on Balderton’s site, she has lived on three continents and in over a dozen cities, is also an angel investor, and holds a BS from University of Pennsylvania (Wharton) and an MBA from Harvard Business School.