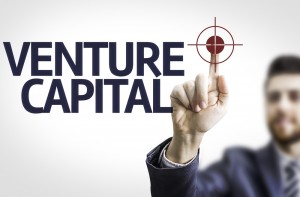 Aaron Kantoff joined the firm in 2011 and has played a key role in developing several ATP portfolio companies, serving on the boards of Akero Therapeutics, Corvidia Therapeutics, Elstar Therapeutics, Limelight Bio, and is a Board Observer of Stoke Therapeutics. He also was a board member of Syntimmune, acquired by Alexion in 2018. Prior to joining ATP, Aaron was a partner at the investment company Recess Global, LLC, and was a member of the investment banking team at Rothschild, Inc.

Sam Hall joined ATP in 2013 and serves on the boards of Elstar Therapeutics, Limelight Bio, and Stoke Therapeutics. He also was a member of Syntimmune’s Board of Directors. Sam’s experience in the life sciences includes roles as a private equity investor, investment banker and basic scientist. Previously, he served as a researcher at the University of Cambridge in the UK with a focus on autoimmune diseases, and previously as a member of the investment team of Symphony Capital.

Christine Borowski joined ATP in 2017 as an Entrepreneur-in-Residence and has been involved in cultivating the next wave of ATP life sciences companies. Prior to joining ATP, she was Editor-in-Chief at Nature Medicine and a Senior Editor of Nature Biotechnology.

Jernej Godec joined ATP in 2016. He has played an important role in building Elstar Therapeutics, acting as Board Observer and previously as Director of Business Development and Corporate Strategy. Prior to ATP, he was a VentureLabs Fellow at Flagship Ventures.

Chris Cain joined ATP in 2016. He has contributed across the portfolio and has helped spearhead ATP’s growing late stage investing practice. Prior to ATP, he was an Associate at RA Capital Management, and previously was a writer and editor at BioCentury Publications.

Apple Tree Partners is a venture capital firm dedicated to building transformative life sciences businesses, actively investing its fourth fund, with $1.5 billion in capital commitments. ATP considers therapeutics and medical device investments at all stages, from discovery research through to commercialization and takes a long-term view to create sustainable value.