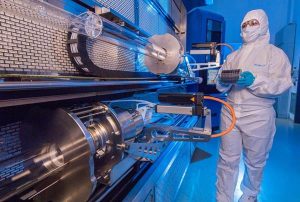 The company, which has raised €5.3m (US$6.10m) to date including funds previously secured from Shanghai-based SINO Alliance Investment Ltd., intends to use the capital to accelerate commercialization of novel gallium arsenide-based power semiconductor technology.