Dr. Robert Flannery Biography
Dr. Robert Flannery has a PhD in Plant Biology with an emphasis in Environmental Horticulture and a specific expertise in hydroponic crop optimization for cut-flower production from UC Davis. Dr. Flannery served as Production Director of SPARC, a vertically integrated cannabis growing and retailer based in San Francisco. During his time at SPARC, Dr. Flannery oversaw the launch and management of five cultivation sites, where he set up horticultural practices that are standard in non-cannabis commercial grows, but are wholly absent in the cannabis industry. Through his guidance and standard practices implementation, crop production increased an average of 33% in total flower production. Under Dr. Flannery’s guidance, the quality of cannabis at the many cultivation sites he oversaw also increased. Dr. Flannery is the Founder of Dr. Robb Farms, a California cannabis brand and cannabis cultivation consulting and management company. He serves on the agriculture committee for the California Cannabis Industry Association, has worked with representatives on the Cannabis Commission at the California Department of Food and Agriculture, and often lectures about cannabis topics.

Cory Issacson Biography
With decades of experience in media, marketing and advertising, Cory Isaacson is an innovator and disruptor well known for cutting through traditional marketing silos and creating new ways of connecting with consumers that are changing the industry. After succeeding in key leadership roles at notable agencies, such as Omnicom’s Radiate Group and EMI, Mr. Issacson identified a need to reinvent the traditional agency model and partnered with former Pepsi executive Aaron Walton and Earvin “Magic” Johnson to bring a new agency vision to life. In 2005, Walton Isaacson, “The Planet’s Most Interesting Agency,” was born. Mr. Isaacson is actively involved in the development of the Walton Isaacson vision, client strategy and brand creation. Mr. Isaacson’s entrepreneurial talents also have extended to co-founding the fastest growing super premium tequila, AVION. Mr. Issacson earned a BA in History from The University of Wisconsin. He is a committee member for Children’s Hospital of Chicago’s “Champions for Children”, SOS Children’s Village, and JDRF, in addition to “Skate for Celiac.”

Devin Liles Biography
Devin Liles is a cannabis industry pioneer with 15 years of industry experience and expertise across business strategy, organizational and business development, production optimization, facility design, regulatory compliance, and executive leadership. After beginning his career as an independent caregiver and grower cultivating in Northern California, Mr. Liles co-developed one of Colorado’s premier vertically-integrated cannabis companies, The Farm in Boulder. As Vice President of Production and then Chief Executive Officer, Mr. Liles was integral to The Farm’s growth from a small mom and pop shop to a vertically-integrated 100-employee operation with multi-million dollar annual revenues. He is now the founder and lead consultant at Canna Foresight Advisors and a co-owner and senior analyst for AIMCanna, a private capital management partnership purposed to deliver unparalleled returns while advancing investments in human wellness and planetary health. Mr. Liles earned a Masters of Arts in Marriage and Family Counseling from Sonoma State University and a BA in Traditional Eastern Arts from Naropa University.

Thomas Mazarakis Biography
Thomas Mazarakis has over 18 years of Wall Street investment experience. Most recently, Mr. Mazarakis served as a Managing Director at Goldman Sachs in London where he was head of the Fundamental Strategies Group, a department of research analysts within the securities division’s multi-billion dollar equity and credit businesses. Earlier in his career at Goldman Sachs, Mr. Mazarakis served as an Executive Director and led the retail/consumer sector team. Prior to his tenure at Goldman Sachs, Mr. Mazarakis spent two years at Citigroup in New York where he analyzed high yield and distressed industrial companies within the credit research department. Mr. Mazarakis received a Bachelor of Science in Environmental Engineering from Northwestern University and a MBA from the University of Michigan. 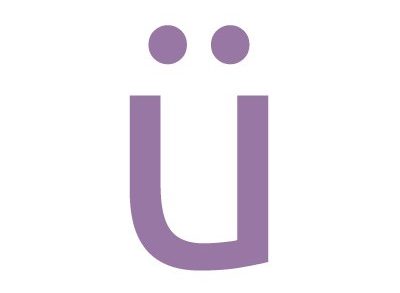