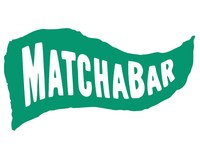 MatchaBar, a NYC-based matcha brand, completed an $8M Series A funding round.

The company intends to use the funds for the rapid expansion of the brand’s line of bottled and canned matcha drinks.

Co-founded by Max and Graham Fortgang in 2014, MatchaBar currently operates operates matcha cafés in New York’s Chelsea and SoHo neighborhoods, as well as a third cafe in Los Angeles. The company has also launched a ready-to-drink version of their matcha beverages to market in 2015 and the first matcha energy drink Hustle in 2018! It currently sells into more than 1,000 accounts, including nationwide Whole Foods distribution.