Xriba aims to bring transparency and accountability to cryptocurrency and traditional business via a protocol that makes corporate cash flows available on the public Blockchain. To this end, the company is now running a crowdsale event (having already raised an equivalent of $12.6m). Gianluca Massini Rosati, the CEO of  the London-based startup, answered our questions about his background, the project, the product and its applications and future plans.

FinSMEs: Dear Gianluca, can you tell us a bit more about you and your background?
Gianluca: I’m a self-made man. I built my success from scratch and I still believe there is a long way to go. In life, you never stop learning.
I am a very determined individual and I like to set myself ambitious goals and achieve them.
I didn’t even go to Uni, I learnt life on the job.

I’ve always been an entrepreneur, since I was little. Think I’ve started selling blowpipes to my class mates when I was in first grade!
I’ve been and I still am entrepreneur in different sectors. I’ve started many businesses in these past 20 years or so, some have been successful, some others haven’t but that’s life, that’s how things go. You learn from failure too. Before this point, I, like many others, have risked bankrupt because I wasn’t on top of my companies’ numbers, I didn’t know the best and most efficient way of ‘reading’ them. This has brought me to study, research, specialize in tax planning and consulting.

I just developed a passion for the subject whilst doing business in Italy and without even realising I became an expert, but I am not an accountant. I found myself giving tax advice to other people and thought of starting up my own business on it. Many companies fail at the start because they don’t know how to control the numbers in their company. Some entrepreneurs simply don’t have time to dedicate to it, some others, they just don’t know what to do. The business within a year had already become a success, within 2 it was a phenomenon. I started getting invited on national TV, seeing a drastic FB follower increase on my public page. It is something I worked really hard for, don’t misunderstand me – it didn’t surely happen overnight. As many might know, Italy is a very difficult country to do business in and I found the key to get to my audience, by speaking their language. Because at the end of the day, I am one of them, I know what entrepreneurs want and need.

From that point onwards, I started several related businesses in the field, like Soluzione Tasse, my accountancy firm in Italy with a network of 30 accountants working for me. The network felt the need of having a shared system to use. In Italy the market is very fragmented and systems like SAP, Sage, Xero or Quickbooks, just to name a few, don’t fully work for the Italian tax system. Bureaucracy is at the highest level and tax compliance is a big issue because there are so many rules to follow. The average entrepreneur doesn’t know how to file the accounts and dumps the burden on the accountants. These in turn find themselves struggling with tax fulfilling and paperwork. Our software, Mastrobook (the first application of Xriba protocol), was born to address this issue.

It’s been a rollercoaster and this is just the beginning I’m not even 40 yet! I like to think the best is yet to come.

FinSMEs: Let’s speak about Xriba. Which is the market problem do you want to solve? Which is the real opportunity?
Gianluca: Xriba was born from an idea of me and Federico Pacilli, the co-founder.
I’ve always thought I needed to help other businesses find their path, to avoid those mistakes I made In the past – guide them a bit like a parent does with their children.
One afternoon mid-October last year I was thinking about how to go the extra mile in helping businesses and there we had the spark.

It is basically an accounting software capable of managing automatically financial transaction and record them in the blockchain: invoice sent, categorised, archived and paid out thanks to OCR and Artificial Intelligence.
This alone saves 70% of time spent on business accounting. No one wants to waste time with boring bureaucracy. Entrepreneurs are made to thrive, have genius ideas, bring them to life by putting the pieces of the puzzle together. And admin or secretaries I’m sure they’d be happier knowing they can skip those boring tasks and dedicate themselves to something more useful within the company!
Also, it will be possible to consult Business Intelligence Reports via the dashboard: this will help entrepreneurs all around the world in their financial management. Think of SMEs: this will be a life saver!

Accountants themselves will also thank us.
Our software it will also be beneficial for and Auditing firms (which will be able to count on the validity of the data into the blockchain for auditing financial statements) and investors for instance: think of how easy the process could be for them! They won’t have to spend time doing due diligence if they want to assess how reliable is a company. They’ll just need to access our system and they’ll be able to check it though the dashboard.

In addition to the traditional business, think about the crypto space. Here one of the major issue at the moment is transparency or lack thereof I should say. At the moment when people decide to support a project in blockchain via a contribution (small or large doesn’t matter), it is yet not clear where the money raised goes towards. We like to think Xriba will be a revolution in the ICO market, as thanks to our system every transaction will be registered in the blockchain, available for anyone to vouch.

We are very excited and can’t wait to show you more of the project!

FinSMEs: How does Xriba work? Which are the main features?
Gianluca: The best thing about Xriba is that it caters for both traditional business and crypto companies. Xriba is a protocol on which 3 applications run. MastroBook, the software for our Italian client base, Cryptobooks, the piece of software that records automatically fiscal and financial information in the blockchain and create Business Intelligence Dashboard based on data analysed from our AI, and XribaPay, the payment app for crypto and fiat currencies connected to both software.
Xriba works with an OCR (optical character recognition) software that allows the recognition and registration of every financial document. The documents are read and saved into blockchain thanks to Artificial Intelligence. Reducing time and costs of human work by 70% and also reducing the likelihood of mistakes being made.
Why doing the job yourself if a machine can do it for you, more efficiently and better?
MastroBook is already in use in Europe, Cryptobooks we’re currently working on at the moment and XribaPay is on the way and will be released in its freemium version in July 2018
We have applied for the e-money licence in the UK and we are expecting to be ready to issue iban and business cards by Sept 2018.

FinSMEs: What are the features differentiating the project from competitors?
Gianluca: Our plan is to reach the main public and go global with Cryptobooks and XribaPay. MastroBook was born and will be catering just for the Italian market. MastroBook is the most evolved piece of accounting software existing in Italy at the moment thanks to OCR and AI and the humanturk – there are in fact bookkeepers working for us, triple checking any possible machine error. As a matter of fact, MastroBook could potentially replace the accountant’s job altogether.
With CryptoBooks and Xribapay instead we want to reach the bigger audience.
In addition, thinking about the niche of crypto companies, big software accountancy companies like SAP, Xero etc don’t cater for the crypto space yet and surely won’t surely go out their way to conquer such a small market. We can be the first there to do that: the crypto-accountants!
Jokes aside, there are also some companies in the blockchain space that do something similar, but none of them as an AI capable of recognize and record financial documents creating business intelligence dashboard automatically.

FinSMEs: Who are your teammates in this adventure?
Gianluca: Xriba wouldn’t exist without the help of the team. I’m lucky enough to have a really strong team I can rely on. My mantra is: ” the strength of a team depends upon each members’ responsibility and sacrifice ” that’s how I choose my teammates. It’s only through coming together with maximum responsibility, goals can be achieved fast and perfect.
The best part is, every single team member believes in Xriba and is 100% committed to the job. They all started working on it since day one day and night and we’re still expanding.

FinSMEs: You running an crowdsale. Please, tell us something more about it. How is it doing? What’s your final target?
Gianluca: ICO is a full-on job, 24/7, no rest. We’ve been on a roadshow meeting people, explaining our business and raising funds.
Our token symbol is XRA and it will be used to access the services we provide.
The crowd sale started on 7th June with decreasing bonus thresholds. The first hour, the power hour, was definitely the most exciting. so far, the total funds raised is 12,622,458$.
We have reached the soft cap of 10 Mln $ and we are positive we’ll reach the hard cap of 19 Mln $ by ICO end.

‬We are very grateful for everyone who believes in us and our project and we surely won’t let down our supporters.

FinSMEs: How are you using the funds?
Gianluca: Funds will be used to proceed with the developing the Artificial Intelligence capable of analysing documents in all different languages and track them back to an open universal protocol. We will improve our Mastrobook to further reduce human data entry job, and develop Cryptobooks and the XribaPay app and the integration with credit and debit cards. First release of MastroBook is already been released and it’s currently in use by 1,000 customers. It’s an ongoing job and nevertheless needs constant work to be carried out. Part of the funds will be spent on that too.
The aim is to be compliant in most countries, therefore we’ll need huge funds for legal costs. And of course we really need to invest in marketing to scale fast globally.

FinSMEs: what’s you medium term plans (24months)
Gianluca: Xriba project aims at reaching 50.000 active users by 2020 for MastroBook and Cryptobooks together and 210.000 clients for the XribaPay app. These are the numbers on the white paper, we want to be realistic and not too optimistic not to let down our supporters, however we are aiming at numbers 5 times bigger than the ones we originally set out to achieve.
We are also working on developing partnerships with some major bookkeeping software houses, rating agencies and corporate partners all around the world. 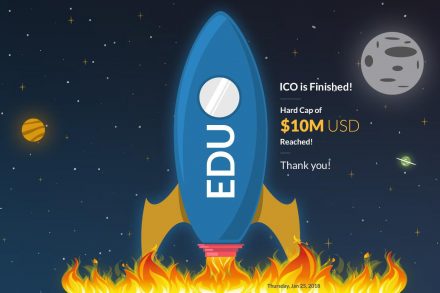 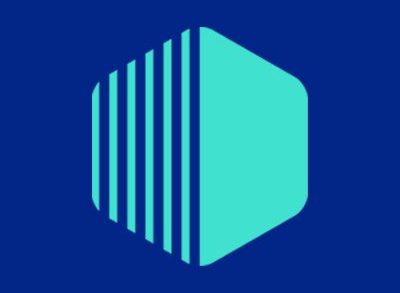 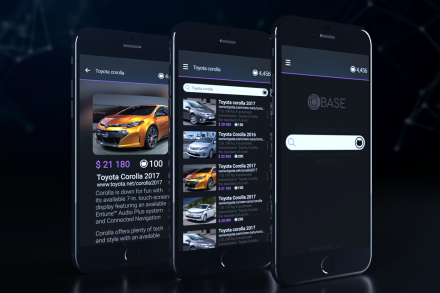