Cryptocurrency is digital currency a.k.a. virtual currency that does not exist in any physical form. The explosive popularity of cryptocurrency in Q4 2017 led to a virtual boom of speculative sentiment around the world. Digital currency bypasses the traditional financial system by allowing instant, frictionless, and anonymous transactions between parties. The pioneering cryptocurrency – Bitcoin (BTC) – was introduced before the global financial crisis in 2008 by an entity known as Satoshi Nakamoto.

Bitcoin features as a peer to peer electronic cash system, allowing participants to anonymously transact without banks or financial institutions. The entire transaction takes place in a decentralized network; there are no central banks or land-based financial institutions involved in the processing or transfer of funds. This also means that cryptocurrency is not subject to the monetary authorities vis-à-vis value; it is based on demand and supply and speculative activity. Like any hot commodity, prices rise when demand increases, and prices drop when demand decreases. With cryptocurrency, investors and traders tend to buy on the dip, meaning that selling activity is coupled with a sharp reversal where investors buy back into the market for value-driven trades.

At inception, Bitcoin was worth mere fractions of a penny for each unit of cryptocurrency. Today this digital currency leads the way at approximately $8,000 per unit, markedly lower than its apex price of $20,000 per unit in December 2017. According to Coin Market Cap, there are some 1,640 cryptocurrencies operating in 11,195 markets with a total market capitalization of $335 billion. Bitcoin dominates with a 38% market share. The top 5 cryptocurrencies by market capitalization and trading volume include Bitcoin (BTC) at $127.6 billion, Ethereum (ETH) at $58.5 billion, Ripple (XRP) at $25.46 billion, Bitcoin Cash (BCH) at $18.75 billion, and EOS at $12.11 billion.

What is Blockchain Technology and What Are its Applications? 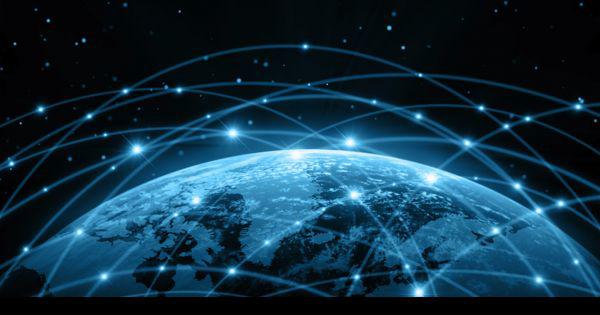 In simple terms, a blockchain represents an online ledger entry, a virtual record of transactions that take place over the Internet. Each of these digital transactions is tamperproof, and digitally signed. The integrity of the blockchain network – the online system of checks and balances which records all buying and selling activity of digital currencies is ironclad. The blockchain technology that we use today was fashioned off the work of the entity known as Satoshi Nakamoto. Since then, the technology has rapidly evolved to provide for greater anonymity, faster transactions processing, lower costs of operations, and efficient distribution of information. The applications of blockchain technology are not limited to simple transfers of Bitcoin from point A to point B.

Today, this technology is used for a multitude of smart contracts (if this, then that), digital currency transfers, information dissemination, and a virtual treasure trove of incorruptible data. Given that blockchain technology per se is decentralized, it cannot be besmirched by a hacker or a bad actor.

Millions of computers host information simultaneously, meaning that anyone can access it, but nobody can disrupt its functionality. With blockchain technology, it is no longer necessary to wait for one user to finish what they’re doing before another user can work on the same content – that’s the beauty of the blockchain ledger. Millions of people can access the blockchain network at the same time, without any of the data being distorted, or lost. Among the many benefits of blockchain technology are the following: there are no single points of failure, it is incorruptible and 100% transparent, and no single entity can control the network. Each computer on the blockchain network is known as a node. Every node is effectively an administrator. Each node has the potential to mine cryptocurrency by solving complex algorithmic puzzles.

By cutting out the middleman, costs can be dramatically lowered in transactions processing, and transactions can be processed instantly. Each node is associated with an online identity, without revealing the true identity of the person conducting the transaction. These addresses are known as private keys, and a digital wallet safeguards these private keys. Many companies have now switched to blockchain technology to advance their own operations, including American Express and its use of Ripple. Other notable uses for blockchain and cryptocurrency include the following companies:
– United Parcel Services (UPS) recently joined the Blockchain in Tracking Alliance for greater levels of transparency throughout its supply chain. Much the same is true with FedEx which also joined the Blockchain in Tracking Alliance to resolve customer queries more effectively.
– British Airways is currently testing blockchain technology to better manage its international flights.
– Walmart is currently experimenting with blockchain technology for streamlining its product inventory and restocking processes.
– IBM is investing heavily in blockchain technology and it has encouraged multiple startups to develop blockchain technology on its cloud for free.
– Visa Inc. is streamlining its operations with blockchain technology to expedite payments processing and effectively store its records online.

Clearly, the burgeoning new blockchain market presents limitless opportunities for a myriad of sectors. Finance, big data, legal, entertainment, corporate, information dissemination, money transfers, and customer service are but a few of the many sectors that are benefiting from blockchain and digital currency operations.

Bitcoin (BTC) is the dominant cryptocurrency. It may not be the most efficient, or cost-effective digital currency, but it has significant market dominance (38%) and a market capitalization of $127.7 billion. At the time of writing, Bitcoin was priced around $7,500 per unit. Bitcoin was invented by an individual or an entity known as Satoshi Nakamoto in 2008, and the cryptocurrency market typically follows hot on the heels of Bitcoin. At its Zenith, Bitcoin was priced around $20,000 per unit in December 2017. It has since cooled but consolidated in the $7,000 – $8,000 range where many traders and investors feel that it has stability. Bitcoin is a decentralized cryptocurrency and is easily the most recognizable of all the 1,640 cryptocurrencies. The total volume of Bitcoin in circulation will top out at 21 million.

Ethereum (ETH) is not an alternative to Bitcoin, it is an entirely different cryptocurrency. This digital currency has a market capitalization of $58.7 billion, with a circulating supply of 99,867,200 ETH. At the time of writing, Ethereum was priced around $590 per unit. Ethereum strives to return control of all data to the creative authors of the content. In other words, Ether over the Internet. Ethereum was designed for developers to create what is known as DApps (decentralized apps) on a distributed blockchain network. Miners don’t mine Bitcoin, they mine for Ether – a cryptocurrency that the the network uses.
It is also the de facto payments processing mechanism on the Ethereum network. Ethereum is primarily associated with the creation of smart contracts which allow you to exchange anything of value over a secure network. Ethereum was invented by Vitalik Buterin.

Petro in Venezuela is the creation of the Venezuelan autocracy under President Nicolas Maduro. It is a state-sanctioned digital currency which is now available to the public. Unfortunately, this digital currency is used as a way for Venezuela to avoid the crippling sanctions placed on it by the international community, and it is associated with a regime that uses heavy-handed tactics against its own people. Nonetheless, it has its origins in the oil market of Venezuela – hence the name. According to reports, the Venezuelan government was able to raise $5 billion during the infancy stages of the pre-sale of the ICO (initial coin offering), however it was difficult to pinpoint precisely who the investors were. Regardless, this is a digital currency that can be transmitted over the Internet, circumventing banks and financial institutions to allow unimpeded transactions processing.

The Pros and Cons of Cryptocurrencies

– Decentralized Transactions Processing
– Decreased Costs of Online Payment Transfers
– Relative Anonymity of Participants in Transactions
– High Liquidity and Rapid Time to Market for Investors
– No Middlemen Are Required in Cryptocurrency Transactions
– Potential for Significant Returns on Investment for This New Age Technology with Wide-Ranging Applications
– The Volatility of Cryptocurrency Also Presents Opportunities for High Profit Potential
– Fraud Is Difficult, If Not Impossible on a Well-Managed Cryptocurrency Network
– Cryptocurrency Is Not Subject to the Economic Movements of Fiat Currency, Gold Bullion or Other Commodities.

– Extremely Volatile Asset Class
– Network Is Subject to Adoption and Can Fail
– Cryptocurrency Networks Are Managed by Corporations Which Are Subject to Fallibility
– Cryptocurrency Does Not Enjoy Widespread Adoption across Multiple Sectors, Industries and Countries
– Cryptocurrency Is Not Insured by the FDIC or Other Regulatory Authorities in the Event of Loss, Theft, or Mismanagement.
– Contrary to Popular Opinion, the Blockchain Ledgers Provide Insights into Your Buying Behaviour.
– In the Absence of Regulation, Cryptocurrency Can Be a Haven for Bad Actors
– It Is Difficult to Pin down a Value on Cryptocurrency from Day-To-Day
– Cryptocurrency ICOs Can Fall Flat If They Fail to Generate the Necessary Startup Capital, and Ongoing Capital to Maintain Operations

What Do Banks and Governments Think of Cryptocurrency? 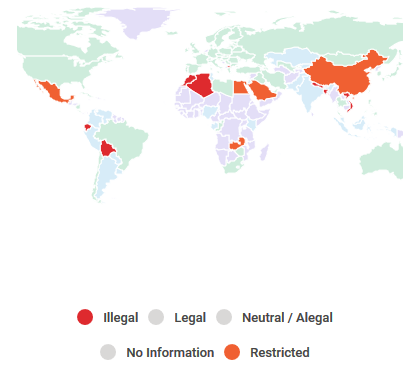 The initial reaction to cryptocurrency and the blockchain technology that underpins its functionality was negative. Naturally, banks are averse to digital currency since this threatens to undo their virtual monopoly on international and domestic money transfers. Over time, governments have started adopting a clear position on digital currency transactions. Certain countries deem cryptocurrency illegal or restricted including: Saudi Arabia, Egypt, Zambia, China, Mexico, Bolivia will, Ecuador, Vietnam, Nepal, Algeria, and Morocco.
Banks have sharply conflicting views on cryptocurrency. For example:
– Goldman Sachs is now involved in digital assets markets. As such it is facilitating ways and means for clients to invest in crypto.
– Bank of America considers digital currency a ‘risk factor’ according to its annual report. The report also states that crypto poses competitive risks to the banking giant.
– American Express uses Ripple technology and its use is increasing.
– The Bank of Russia is against legalizing cryptocurrency since it fears losing control it the financial markets.
– SNB (Swiss National Bank) is scared that a Central Bank for Digital Currencies is a high risk to the financial stability.

Online casinos are varied in their approach to cryptocurrencies. It’s not a one-size-fits-all system that governs adoption. A cursory search reveals that there are several Bitcoin online casinos currently operating. Upon closer inspection, many of the premier online casinos – those bearing MGA, UKGC, Government of Gibraltar, and other regulatory approval do not as yet offer Bitcoin and other cryptocurrencies as approved forms of payment. The highly contentious view of cryptocurrency in the global markets is one of the main reasons for its non-inclusion as an official payment method at many online casinos. Since many online casinos are battling for market share in an increasingly regulated industry, few operators are willing to risk accepting cryptocurrencies. A responsible gaming online casino is more concerned about maintaining its reputation and being compliant than on providing fringe solutions that must gain mainstream acceptance.

The current state of online gambling and cryptocurrency is best described as ‘in flux’. It is entirely possible that regulated cryptocurrency will have a place at regulated online casinos. For crypto to be accepted, manty online casinos would need to be fashion new payments protocols to be able to process crypto payments. This is a major expense item for fledgling casinos and is likely in low demand with the average online casino player. Of those online casinos that accept cryptocurrency, Bitcoin is the preferred option, with Litecoin (LTC) and Ethereum (ETH) close in tow.

Many online casinos are slow to transition to cryptocurrency payments methods, however the underlying blockchain technology may soon be used in multiplayer-style games. For unregulated casinos, crypto is the elixir. It allows anyone to deposit and withdraw without going through the traditional route. From this perspective cryptocurrency obviates the restrictions on Visa, MasterCard, and Bank Wire transfers. However, punitive measures may serve as a reason not to allow this sort of payments processing – especially where regulated casinos are concerned. Throughout the US, cryptocurrency is only available at unregulated sites. 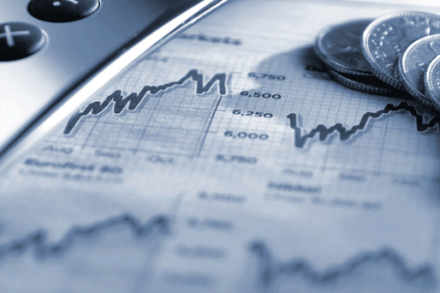