Idinvest Partners, a European investor in SMEs, has appointed Guillaume Santamaria as Investment Director for the Growth Capital team, which held its first closing at €250m in November 2016.

In this role, Santamaria will be involved in sourcing, analysing and executing investments for the Growth Capital team, both in France and across Europe.
Before joining Idinvest Partners, Santamaria originated and executed 10+ operations on both fundraising and M&A with Apparius Corporate Finance, an independent M&A firm specialized in TMT where he started the digital health practice.
Prior to this, he was part of Quilvest Group, a 36bn AUM Private Equity and Private Wealth management company.
In addition to his 10 years’ experience in the investment banking sector, Santamaria regularly lectures on entrepreneurship and financing innovation at HEC Paris, his alma mater.
He also holds a master’s degree in Political Sciences from Sciences-Po Bordeaux. 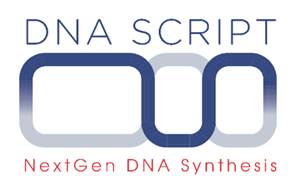 By FinSMEs Published on September 12, 2017
FrancefundingStart Up