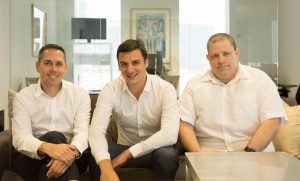 Led by Aviad Eyal, founder and Managing Partner, the new fund will target early-stage companies with Israeli founders both in Israel and abroad, in the fields of deep technology, AI, AR/VR, SaaS, Fintech and ‘loss of friction’ opportunities.

The firm also announced the addition of two new partners to the new fund:
– Ran Achituv joined as a Managing Partner, and
– Eran Bielski, who worked at Entrée Capital for over three years, was promoted to General Partner.

Entrée Capital has offices in Israel, UK, and the US and manages over $300m across a number of funds and its portfolio includes SnapChat, Stripe, Deliveroo, Prospa, monday.com, Riskified, HouseParty, Stash, PillPack, SeatGeek, Coupang and over 50 other investments.