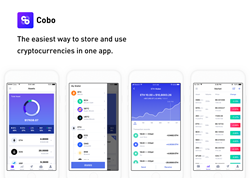 Cobo Wallet, a Beijing, China-based provider of a cryptocurrency wallet, closed a pre-Series A funding round.

Launched in China in late February 2018 by Shixing “Shenyu” Mao and and Changhao Jiang, Cobo provides a wallet app to store and use cryptocurrencies to close to 100,000 users. The mobile software wallet app already supports over 20 cryptocurrencies such as BTC, BCH, ETH, LTC, ZEC, DASH and more, with other localized features such as sending cryptocurrency “red packets” to friends – a cultural symbol of gift-giving during special occasions where the Chinese give money in a red envelope.
Cobo is a managed wallet, meaning that it allows users to manage their public and private keys.

The company also has offices in Shanghai and Seattle.