BioGenerator, the investment arm of BioSTL, and Kingdom Capital co-led the round, which saw participation from The Missouri Technology Corporation (MTC), PinPoint Holdings, Greenleaf Fund, and Arch Angels. As part of Kingdom Capital’s investment, Preston Keller, VP of Health & Medical, was added to Canopy’s Board.

The company, which has raised a total of $3.4m since its inception in September 2016, intends to use the funds to develop new research tools, commercialize its products, and hire additional employees.

Founded by two BioGenerator Entrepreneurs in Residence, Edward Weinstein and David Smoller, along with former BioGenerator investment analyst Crystal Winkeler, Canopy Biosciences is a research tools company focusing on gene editing and expression analysis. Its lead technology is licensed through Washington University in St. Louis.
The company currently has customers in the U.S., Europe, India, Japan, and South Korea. 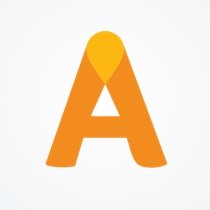