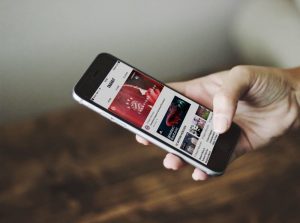 The round was led by US entrepreneurs David and Frank McCourt, alongside a number of other strategic smaller-scale investors.

The company intends to use the funds to expand existing operations, as well as its partnership plans to enhance its technology offering and support growth in the MENA region.

The company has recently announced a number of other strategic partnerships designed to support the business’ objective of expanding its global presence, including the launch of a partnership with Major League Soccer (MLS) and signed deals with tech companies like VEWD, SPOTX Rakuten/Viber and Amazon to reach more users and provide brands advertising on the platform with better engagement, user consumer targeting and detailed analytics.
Dugout was initially available in eight languages: English, German, Italian, French, Spanish, Catalan, Portuguese and Bahasa (Indonesian), with Arabic to be added in the coming months.