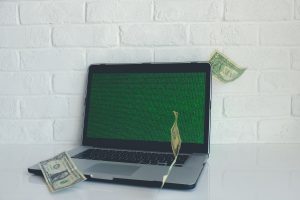 Brexit cost more than just access to the 28-nation trading block as big banks are looking for exit strategies. According to analysts, consumers will lose more than just access to global banking giants. It might also affect the economy with job losses as American and other banks look to other parts of Europe to service their clients. This could cost the local British economy millions as the government will have to look to the business sector to make up the potential increase in unemployment.

Global economies are finally looking to expansion after recovering from the 2008 financial crisis and global ventures are slowly moving operations out of Britain and onto the mainland. This comes hot on the heels of U.S. and Japanese banks announcing their intention of expanding into Frankfurt, with 5,000 jobs to be created during this time. Although these banks have not specifically announced Frankfurt as the new financial hub in Europe, this expansion does relieve some of the pressure that Brexit created.

The expansion of banks onto different continents provides the opportunity to leverage their own set of unique products to a diverse market. Banks often tailor their products to suit the local markets, however, products such as credit cards and personal loans have a universal appeal and tend to be similar in structure and nature. The competitive nature of financial institutions will determine whether their product lines are successful. Banks such as Industrial & Commercial Bank of China and JP Morgan Chase have taken over the reigns from their British – and European – counterparts as the biggest banks in the world.

A Boost For British Banks

While the loss experienced with the exodus of banking giants is anticipated to be quite large, this creates a fresh opportunity for British banks to fill the gap for their clients and regain that market share. Although the banks have not yet seen a figure close enough to meet their long-term average, there is a significant increase in profits as forecast by economists. This is necessary as it boosts the economy in what is considered Year One after Brexit. For local businesses, this is the news needed to bolster confidence and allow growth.

Brexit may have its effect on the local economy, but that does not mean all is lost. $191 million is earmarked for loans by European banks to British businesses. These businesses need to provide solid financial records as the unpaid invoices will act as the securities for these loans. The banks willing to take on the risk are Banco BNI Europa and Varengold Bank AG. Although these are trying times for British businesses, the loans granted are the highest yet which provides a much-needed confidence boost both for the British and abroad.

While Brexit has a definite effect on the British economy and global confidence in terms of foreign investment, there are still opportunities worth digging into. Investments in the country should be on the merit of the business, however, investors should keep a close eye on the economic forecast.

The Future of Betting in the United States in 2020

By FinSMEs Published on May 8, 2018
analysis