Taiho Ventures, LLC, the strategic corporate venture capital arm of Taiho Pharmaceutical Co., made the investment, which is an addition to the £12m Series A Financing announced in June 2016. Taiho Ventures joined Merck Ventures, Cambridge Innovation Capital, Pfizer Venture Investments and Touchstone Innovations with an equal size of investment. In conjunction with the funding, Sakae Asanuma, President of Taiho Ventures, joined Storm Therapeutics’ Board of Directors.

The company intends to use the funds to expand and accelerate its pipeline, pursue emerging therapeutic opportunities, and build a broader drug discovery platform encompassing new drug targets from additional academic collaborators and its scientific founders.

Led by Keith Blundy, CEO, Storm Therapeutics is a University of Cambridge spin-out, translating the work of Professors Tony Kouzarides and Eric Miska in RNA epigenetics into the discovery of drugs in oncology and other diseases. It is currently tackling disease through modulating RNA modifying enzymes and is developing a platform to address these enzyme classes, including RNA methyltransferases. 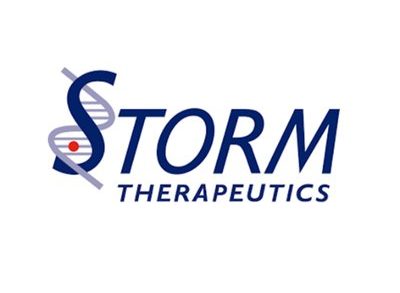