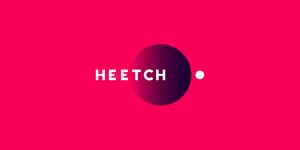 Heetch, a Paris, France-based provider of a ride-sharing platform, raised a $20M funding round.

The round was led by Felix Capital with participation from Alven Capital, Via-ID, Idinvest Partners and InnovAllianz.

The company intends to use the funds to double its tech team and accelerate its growth in all its markets.

Launched in September 2013 as a pure P2P ride-sharing platform focusing only on young people trips at night, the service had to shut down in March 2017 due to a court decision. Heetch today provides a ride-sharing platform available 24h/24 for all professional drivers in order to compete directly with Uber.
On the French market, the service is already live in 6 cities (Paris, Lille, Lyon, Bordeaux, Marseille, Nice) and plans to launch in Toulouse, Montpellier and Strasbourg soon.

Already live in Sweden, Italy and Belgium, Heetch is now available in Morocco where it signed a partnership with 19 taxi syndicates. In addition, the company has already announced its plans to open in London and other big European cities in 2018.