Home » Examining the Link Between Depression and Poor Money Management

The person who coined the term “money can’t buy you happiness” probably never had to face a stack of unpaid bills and a small army of bill collectors ringing their phone every day. While it is true that many people who are well off financially can deal with depression, it is also true that lack of means can affect depression as well.

Not only that, but people living with depression can also have a tendency to poorly manage their finances for a variety of reasons. In this article, we’re going to touch on the effect of debt on depression and the link between depression and poor money management.

A recent study by the Money & Mental Health Policy (MMHPI) Institute concluded that there was a strong link between depression and money management skills. They outlined their findings in a report in which they explored in detail how exactly it affected individuals living with depression and the reasons behind it.

One of the findings was that sufferers had difficulty dealing with certain routine activities, budgeting, and money management being two of them because depression affected functions such as working memory and focus. It also has a tendency to affect psychomotor functioning and our ability to plan and make decisions, which are all crucial in money management as well. Routines tasks then become much more difficult to overcome and eventually become insurmountable.

Many sufferers have reported that they had no budgeting or money management skills before they were diagnosed and that after, they simply didn’t have the motivation, concentration or energy to properly track their expenses.

On a fundamental level, a depression diagnosis will focus on motivation, or lack thereof, which is the ability to faces arduous task and difficult issues and overcome them. For many sufferers, finances can be problematic and asking them to confront and rise out of financial woes may be too much for them to bear.

All these factors create a maelstrom of problems that drag the sufferer further and further down. With mismanagement comes late payments, which result in penalties and sanctions. All these can compound and make matters even worse.

They often have troubles prioritising their spending and go for the quick fix instead of the essentials. Also, depression affects functions such as response inhibition, which directly affects how we control our impulses. Poor impulse control and depression can be a very dangerous combination.

This leads people with mental health conditions such as depression to spend without thinking their purchase decisions through. As a matter of fact, 95% of sufferers asked stated that they have a tendency to spend much more when ill. When you factor in all these financial issues, it’s not hard to understand how they can feed into their anxiety and depression.

Not to mention that people living with anxiety and depression also have to deal with judgemental friends or relatives that don’t understand their condition and view their bad decisions as irresponsibility.

Luckily, mental health awareness and the vision the public, in general, has of people dealing with depression has changed greatly over the years and there is less mental health stigma. More people than ever now understand its impact on people lives. In a recent study by Mind, 91% of respondents expressed more tolerance towards people suffering from mental illness and 78% said that mental illness was an illness like any other. This can be attributed, in part, to many awareness campaigns such as Heads Together and Time to Change.

Nevertheless, understanding and tolerance are not one and the same. According to a separate survey conducted by the NCSR, one out of five respondents still believe that mental illness is due to lack of willpower and self-discipline. And this is even worse when it comes to financial issues.
A lot of people still believe that lack of discipline is the main reason people living with depression can’t manage their finances. Very few are aware of the actual biological issues behind depression and how these can affect judgement and decision making.
Others assume that sufferers are simply careless or, even worse, lazy and that a little bit of discipline is all it takes to turn their situation around.

There’s also a certain stigma around people claiming welfare benefits such as PIP for depression, since mental health issues are often called as “invisible illnesses,” making it easy for people to assume people claiming these benefits are getting money for nothing.
When it comes to finances, there is still this lingering belief that it’s all your fault. This further increases isolation and feelings of shame. But, in reality, excessive spending has a lot more to do with life events than it has to do with profligate spending, and mental illness plays a large role in it. If you’re struggling with your mental health and it’s affecting your finances, or you know somebody who is struggling, take some time to read through the finance guides on this website.

Depression has far-reaching and sometimes misunderstood effects on money management and budgeting. Fortunately, more and more people understand the biological mechanisms behind depression and there are more resources available for people dealing with the condition and wanting to turn their situation around.

Expert Tips To Help You Achieve Your Financial Goals

How Is Compensation Calculated for Medical Negligence Cases? 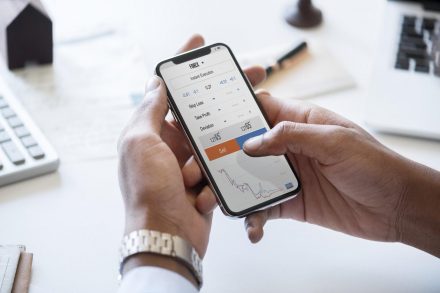 How To Strategically Approach Sports Investing