Home » The NAGA Token Sale Has Ended with a Huge Success 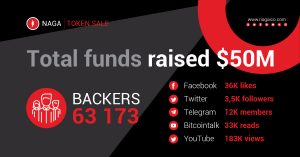 The NAGA Token Sale came to its conclusion last week and the final numbers are in. Thanks to the 63,000+ backers who participated in the token sale, more than 50 million USD was raised, shattering the project’s original target goal of 30 million USD.

The community interest and support for NAGA was tremendous. The number of active users in the project’s popular Telegram channel grew to more than 11,600 members and over 42,000 followers, fans, subscribers, and readers were attracted across all social media platforms.

…And now the Real Work Begins!

Now that the token sale has ended, The NAGA Group are preparing to distribute participants’ tokens and get everything ready for the debut of NAGA’s NGC token launch on the HitBTC exchange on December 22, 2017, at 12:00 PM CET.
In addition, the NAGA team are hard at work finishing the development and testing of the NAGA wallet, which is scheduled to launch in April 2018. Other important upcoming milestones include:
– Integration of NGC as the SwipeStox base currency
– Launch of the NAGA debit card
– Integration of NGC as an accepted currency within Switex

About NAGA
The NAGA Token Sale was backed by The NAGA Group, which is a publicly listed, EU-regulated German Fintech company with trading platforms for financial markets and virtual goods. After launching one of Germany’s fastest IPOs in the last fifteen years, The NAGA Group was listed on the Frankfurt Stock Exchange on July 10, 2017. Since then, the company’s share price has gone up by nearly 500%. They have a market cap of more than 200 million Euros, millions in reported revenues, and over $4 billion in trading volume every month.

The NAGA Group is a growth-driven international FinTech company with an accomplished team of more than 120 people. They hold various EU financial licenses, including an asset management license, and are backed by one of China’s largest private investment conglomerates, FOSUN. They are further supported and backed by other prestigious investors, institutions, and advisors, including Hauck & Aufhäuser, one of the oldest private banks in Germany.

For more information about NAGA and the post-token sale development process, please visit the NGC website and join the NGC Telegram channel to stay in touch. 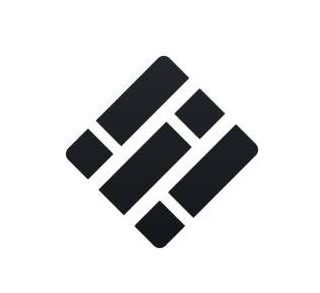