The round, which brings total equity funding to date to approximately $450m, was led by GIC with participation from Khosla Ventures, Lightspeed Venture Partners, Founders Fund, Spark Capital, Caffeinated Capital, Ribbit Capital and others.

The company intends to use the funds to increase its credit distribution capacity, grow its family of more than 1,200 merchant partners—which includes Wayfair, Expedia, Goodyear, Motorola, DJI, Casper, and Cole Haan—and introduce new products and services beyond point-of-sale credit via the Affirm app that launched in October and is available in the iOS App Store and Android Google Play.

Led by Founder and CEO Max Levchin, Affirm provides shoppers with tools to pay for purchases across multiple months with transparent interest loans that don’t charge compounding interest or late fees. The company settles with merchants within three business days, guarantees all payments, and takes on issues such as repayment and fraud, requiring retailers to assume little risk.
In April, Affirm announced it had processed over 1 million consumer installment loans, which are made by its bank partner Cross River Bank, a New Jersey State Chartered Commercial Bank, and Member FDIC. 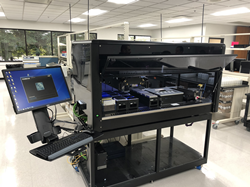