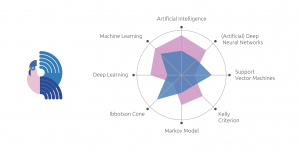 BetBox, an AI startup creating a Sports Betting Hedge Fund that leverages the power of Artificial Intelligence and Deep Neural Networks to turn sports betting into an alternative asset class, has announced the referral of its ICO token sale scheduled for the December 5, 2017.

BetBox is using own funds to improve betting automation, to introduce a multi-sport approach and to apply for a European Hedge Fund licence for the AI era.
Rather than financial theories, BetBox approach is rooted in science and implemented by a large team of researchers with backgrounds ranging from physics to computational math so more than 5,000,000 pieces of information are daily ingested “to reach the predicative capacity of every single bookmaker and finally playing against the weakest estimator”- BetBox co-founder Fabrizio Malfanti says.