Home » Two Titans Of Crypto Are Backing This One British ICO: Blockchain 3.0 And The Seratio Platform

An established British think-tank is launching a new blockchain and cryptocurrency: the second generation of ICOs has well and truly begun. We are done with the overnight start-ups trying to cash in on eager and excited investors. We are done with the one-page white papers with no addresses and a personal email. Now is when the big ideas are starting to hit the market, as these are the concepts that institutions and existing businesses have spent time, energy and care creating. Governments are now paying attention and only solid concepts with serious teams are getting anywhere.

The Seratio ICO, which launched 1st October, is one of the clearest examples of this new class of ICOs: it is the first UK-based ICO, is run by a reputable institution and is being called Blockchain 3.0. It also has a fantastically senior team running the show: Its Head of Blockchain Development, Daniel De Souza, a.k.a. Prophet Daniel, is key co-founder of Ethereum Classic which reached a US$2 billion market cap within ten months of founding. Its main ICO
adviser is Chandler Guo, the largest Bitcoin and Ether miner in China.

Its Head of Business Development, Reto Gadient, is the Chair of the Crypto Valley Association Event Team in Zug, Switzerland. Its Head of Blockchain Strategy, Roy Zou, is the Chairman of the Ethereum Classic Consortium in China. And its CEO, Barbara Mellish, is senior ex-Barclays and the UK Payments Council. The list goes on.

So who is this organisation?

It is the world’s leading think-tank on the movement of value, the Centre for Citizenship, Enterprise and Governance. CCEG is a British not-for-profit and university spin-out with more than 83,000 members including over 7000 C-level executives of the world’s largest companies. It developed the Seratio Token and Platform with the support of the CCEG UN Blockchain Lab and has conducted years of research on how to measure values. It has seen exponential growth, with its Seratio consulting arm alone seeing its market cap doubling every six months with a pre-ICO valuation of UK£80m. It now has offices in London (headquarters), New York, Shanghai, Kochi and Zug, Switzerland.

The pre-ICO for the Seratio Token ran for 15 days in September and reached 175% of its goal in the middle of one of the most significant market hits ever in the crypto world. The ICO itself began 1st October and ends at the end of month and as of 24th October was 91% funded, making it one of the few successful ICOs. Full information is available in CCEG’s six white papers, with a seventh specifically on tracking non-financial value (microshares) being released later this autumn.

So what is this new Blockchain 3.0 that CCEG and their enormous academic networks across Europe, Asia and the Americas have invented? What is the Seratio Token?

Since 2011 CCEG’s financial and non-financial metrics measuring Total Value of transactions have underpinned global legislation, such as the UK’s Modern Slavery Act 2015 and Social Value Act 2012, and five EU commissions, and have been internationally recognised as a standard. Prophet Daniel comments,

“As a natural evolution of this work, CCEG created a vision for a Circular Economy based on ‘Cryptocurrencies with Values’ – ones that simultaneously capture both financial and nonfinancial value in any transaction. For example, it is the powerful Circular Economy enabled within communities by the blockchain that gives Bitcoin its value, not the bits of data themselves. CCEG with its broad academic reach strives to ensure the Circular Economy’s power is no longer underestimated and, crucially, undervalued.”

This is the first time Total Value will be recorded and transacted on a blockchain with mass adoption. The idea carries tremendous weight and potential: in the Financial Times’ curated list of ‘50 Ideas to Change the World’, it is the only blockchain solution despite receiving ‘many’ possible ideas. This is the next phase of blockchain, hence the 3.0 moniker.

The distinctive feature of the Seratio Token (SER) is the ability to capture the financial assets, microshares (the non-financial assets) and provenance of transactions involving people, products, processes, projects and organisations. SER will initially be a resilient Ethereum token, given Ethereum’s developed and stable infrastructure and its adoption within the cryptocurrency community. With further development, the Seratio Platform will be launched.

Crucially, with this platform, SER will be a parent currency for the growing family of Seratio Alt-Coins and so has an elegant growth mechanism. The financial side of each Alt-Coin is the SER, and the non-financial microshare side reflects the worth and information of specific values to a specific community. What community? The community who are either commissioning or will be using the Alt-Coin – their very own cryptocurrency with values.

Within the 35+ existing commissions, with nine over £1 million, there is a pipeline of future Alt-Coins scheduled for release in 2018 and 2019, including the UN SDG Coin, Women’s Coin, Student Coin, City Coin, Faith Coin, Edu Coin and Leadership Coin to name a few. Each client will promote their coin to their community (or may even require their users to use the currency to take part and interact in a particular world or specific way). So, the release of each of these Seratio Alt-Coins will accelerate adoption of the SER parent token, as SER is the core and consistent element in all Seratio Alt-Coins. This creates a large, expanding Community where SER value will continue to grow as each Alt-Coin is developed and spread.

This is how a think-tank launches a cryptocurrency: with innovation, research, transparency, accountability and a world-class team. Blockchain 3.0 is here. Join us at Seratio-Coins.World.

Further information (in more than a dozen languages) available on www.seratio-coins.world including the 6 White Papers.
Alternatively, email [email protected]

Daniel De Souza, better known as Prophet Daniel, is the co-founder of Ethereum Classic and CCEG’s Head of Blockchain Development. He states: “This is a great initiative concerned with the development and use of social value metrics as a measure to promote a just, prosperous and sustainably secure global society.”

Chandler Guo, one of CCEG’s ICO advisors and prolific investor, on his Bitcoin tour of China. Guo, with more than 30 ICO investments in the last 3 months alone, described the Seratio Token as “This is the next bitcoin … it’s higher than bitcoin” (CCEG Univ. of Cambridge conference on Internet of Value, Nov 2016) and “An exquisite UK ICO” (Bitcoin Tour of China, 19 October 2017). 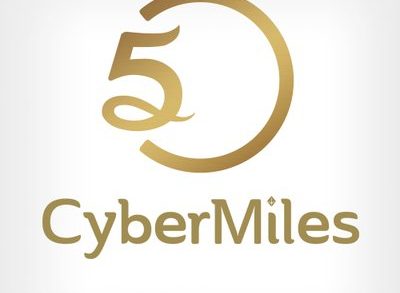 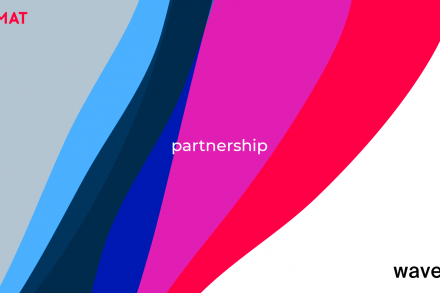 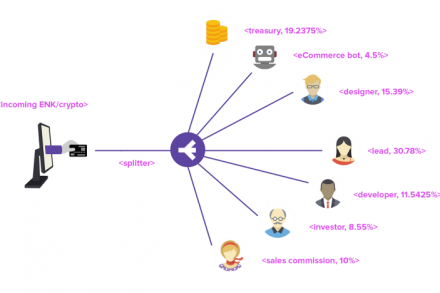