Gambling, in the broadest sense of the word, has always been under extreme scrutiny. This is especially true for its iGaming form, which has now taken over as the preferred way to play games of chance. It was only natural for gamblers to gravitate towards more accessible, faster and anonymous sector.

However, the same can be said for criminal groups, to whom the open nature of Internet gave endless opportunities to cheat unsuspecting players. As it goes, online gambling encountered many obstacles on its way to rightful legal recognition, and in most parts of the world, it is either forbidden, or entirely disregarded. Despite the oversight, the number of its loyal patrons increases daily, to the point where they now make up the majority of the global gambling community. Their plight for safer virtual environment could not be ignored, leading to much-needed changes in the international juridical milieu, but more importantly, to the shift in public opinion.

Significant regulatory novelties took place across Europe in 2017. Certain US states joined the movement as well, introducing positive changes to their strict gambling laws, in a sudden display of liberal values that took everyone by surprise.

The uncompromising approach to ban all forms of online gambling has produced little to no results, as evidenced by the ever-growing number of people who readily wager at any virtual casino that will accept their money. What’s more, prohibitions have only led to the alarming growth of black market, with enormous amounts of revenue inevitably lost to criminal organizations. This alone should imply a sense of urgency, but we must not forget the consumer protection as the most important objective in our social responsibility.

Changes had to happen, and although very slow, the fact that some of the most restrictive countries are now starting to open up towards the possibility of regulated markets is encouraging.

Changes in the US Online Gambling Market

Until recently, the USA had only three states with somewhat regulated online gambling: New Jersey, Delaware and Nevada. The battle for free market has been raging ever since the Unlawful Internet Gambling Enforcement Act was introduced in 2006, bringing utter confusion and disappointment to the land of the free. California and Pennsylvania showed great resolve in ushering a better age for gambling enthusiasts, and have been working on legislatures of their own with promising results.

But the real shock came in May 2017, when Illinois Senate passed the bill to legalize online gambling and fantasy sports out of the blue. There’s a long road ahead with regards to practical implementation of the new measures, but it is certainly a big step forward for the whole of the US.

Evaluation Ongoing in the EU

Compatibility with EU laws has been a hot subject in the European gaming sector. Many countries maintain a government monopoly on internet games, which clashes with the EU principles of free trade and movement of goods between member states. Given how many states have their own respective views on e-gambling, largely conflicting at that, harmonizing the laws into a single, well-functioning and coherent unit has proven very difficult. Achieving this would suppress black market casinos, improve efficiency of regulators and the quality of services from licensed operators. However, the current regimes stubbornly maintained across the continent, reflect little effort towards this goal.

Germany’s market is in a state of disarray, and can be described as one large, gray area where nothing is certain. Schleswig-Holstein, a small northern province, is the only one to regulate online gaming, and issue permits for casino games, sports and horse race betting, poker and bingo. The licensed obtained through this jurisdiction are set to expire in 2018 however, without the possibility of renewal.

Under severe pressure to revise its gambling laws, Sweden proposed a new licensing regime in March 2017. The legislation, however, does nothing for the benefit of internet wagering, especially at foreign websites. By the looks of it, the upcoming measure will only serve to strengthen the existing monopoly over horse racing and lottery, the only two categories available for licensing to private operators.

Ireland is among the few countries to make significant progress. They have recently established an elaborate licensing regime, which is being updated on a regular basis. The government is working on improving various aspects of the legislation, with a major focus on customer protection measures, certain aspects of the permit application process, and the taxing system.

The Italian government has promised as many as 120 new licenses to private companies in 2016. The fully regulated market is flourishing in the country, with all gambling products allowed and regulated. Italy strives to become one of the largest, safest and most successful markets in Europe and the world. Although its application procedures have been put on hold, the future seems bright for Italian players.

These Criteria Speak for A Secure Betting Provider 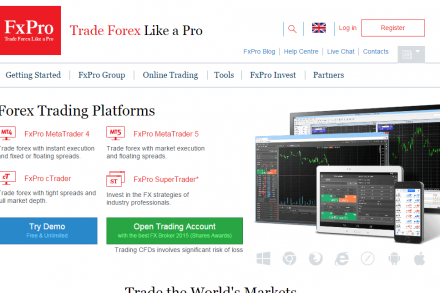 Benefits of Trading with FxPro