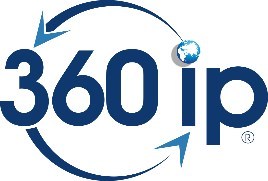 360ip Japan, KK, a Tokyo, Japan-based provider of technology commercialization and investment management expertise, has launched a new fund to support the commercialization of seed technologies developed in academic institutes and corporations across a variety of industries.

360ip Japan Fund 1 LLP completed its initial closing with commitments of 1.0 billion yen, from such investors as Shinsei Bank and UTokyo Innovation Platform (UTokyo IPC Tokyo, Japan), a strategic investment arm of the University of Tokyo.
The fund aims to invest mainly in seed-stage startups or spinoffs with technologies developed in universities, research institutes, and corporations in Japan.
In an effort to accelerate the transformation of seed technologies into high-tech startups, Accelerator for Commercialization of Advanced Technology (“ACAT”), an affiliate of 360ip Japan, will hold an acceleration program for researchers with seed technologies and for entrepreneurs with ambition to run global technology startups.